Should on-pitch referee mics be broadcast and recorded?

A former chief executive of the English Football Association (FA) has called for the output of the on-pitch referees’ microphone to be broadcast and recorded as part of the television and radio coverage of matches. Mark Palios’ comments on BBC sports radio station 5 Live follow Sunday’s Chelsea-Manchester United game, during which referee Mark Clattenburg […]  More

Comments Off on Should on-pitch referee mics be broadcast and recorded?

London 2012 Deputy Chairman Sir Keith Mills says the professionalism demonstrated in running the Olympic and Paralympic Games will stand the UK sports industry in good stead as it is forced to up its game to succeed in difficult economic times. Speaking in the first instalment of an in-depth video interview on the newly revamped […]  More

Comments Off on Ross Video selected to cover Georgian election

On the back of unprecedented triple-digit growth, Aspera, creator of patented fasp transport technology that moves the world’s digital assets at maximum speed, has announced a series of strategic appointments to support further EMEA expansion across a range of industries – media, entertainment, life sciences, financial services and enterprise IT. The appointments of Glenn Broere, […]  More

Comments Off on Aspera expands EMEA presence during growth phase

Blackmagic Design does the trick for F1 Indian Grand Prix 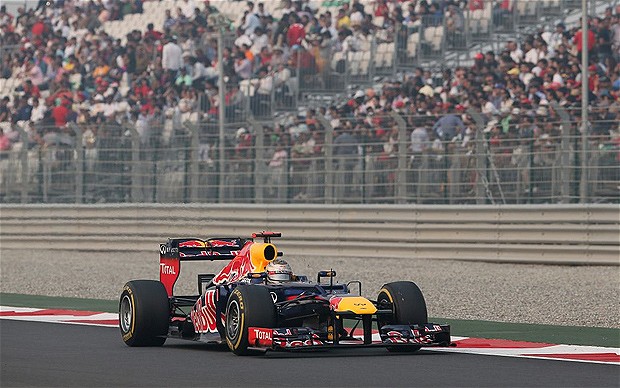 Starting from humble beginnings at the very dawn of the Internet, ESPNcricinfo has, over 19 years, become one of the main specialist sports Websites on the Web, serving 800 million page views during the recent Twenty20 World Cup. And, with an app launched during the tournament in September, ESPN is serious about taking the site […]  More

NBC Universal, via the NBC Sports Group, has acquired the exclusive U.S. media rights to the Premier League through a multi-year agreement that begins with the 2013-14 season, both parties announced today. Per the agreement, NBCUniversal becomes the exclusive English- and Spanish-language media rights holder to all 380 Premier League matches across all platforms and […]  More

German broadcast service provider Betamobil has extended its relationship with ATEME for video contribution by equipping a fourth DSNG (Digital Satellite News Gathering) vehicle with Kyrion Encoder/Decoder solution. This follows up to two years faultless operation of Kyrion gears in three other Betamobil DSNGs. “Our decision to stay with ATEME to equip our new vehicle […]  More

Comments Off on Germany’s Betamobil embraces ATEME for DSNG needs

Analogue television transmission has been switched off in the UK after 75 years on-air. The final phase of the digital switchover (DSO) happened in Northern Ireland at midnight on 24 October, giving viewers in the Province access to the Freeview digital terrestrial TV (DTT) for the first time. The change to new high-power digital transmitters […]  More

Comments Off on Analogue TV goes dark in the UK