Germany’s Bundesliga is taking increasingly firm aim at the Japanese market with a new, dedicated website as a responseto growing interest from the country in its league. Ten high-profile Japanese players – including Atsuto Uchida, Hiroshi Kyiotake and Takashi Inui – are currently plying their trade in the Bundesliga, which has inevitably led to increasing […]  More

Comments Off on Bundesliga aims at Japan

Teleclub, the largest pay-TV operator in Switzerland, has implemented a major HD upgrade to its facilities at Volketswil near Zurich. The extensions include two Harris NEXIO server systems to support its sports and drama channels, together with Harris branding, signal processing and workflow systems. Available on cable TV and IPTV platforms, Teleclub originates many of […]  More

Comments Off on Teleclub supporting sports channels with Harris

NBA descends on the O2 for regular season spectacular

The National Basketball Association (NBA) worked closely with Madison Square Garden (MSG) to deliver coverage of the recent regular season game between the New York Knicks and the Detroit Pistons at London’s O2 Arena on 17 January. The sold-out match – which ultimately delivered a 102-87 victory for the Knicks – was the NBA’s third […]  More

Dan Technologies A/S, one of Europe’s most active suppliers of broadcast and communications equipment, systems and services, has announced the opening of a new company in Indo-China. Danmon Asia Ltd will provide product distribution, system integration and post-sales support to the television, radio, professional audio, telecommunications and multimedia markets. “Our objective is to assist the […]  More

Harris Broadcast will formally introduce its next-generation, software-based NEXIO Volt server at the CABSAT 2013 show in Dubai, taking place from March 12-14 at the Dubai World Trade Center, and the NAB 2013 Show, taking place April 8-11 at the Las Vegas Convention Center. The new NEXIO Volt server platform, like its predecessor, offers a […]  More

Comments Off on Harris to unveil NEXIO Volt server at CABSAT

The new series of Marshall LED backlit camera top/field monitors will be on show at BVE 2013 in London next month. These monitors are being selected and used by DPs and professional DSLR users to provide a reliable reference for critical focus and exposure as well as colorimetry and framing, on camera or off, in […]  More

The Society of Motion Picture and Television Engineers (SMPTE) has issued a call for papers for the SMPTE 2013 Annual Technical Conference and Exhibition, which will be held October 22-24 in Hollywood. Proposals for technical papers to be presented at the conference are being accepted through June 21 via the SMPTE online content submission tool […]  More

Comments Off on SMPTE issues call for papers

Visions of St. Moritz often appear in the dreams of those in the bobsled, skeleton, and luge world. And for good reason. First there is the beauty. Then there is the glam. And then there is a natural ice track. And for the current two-week period it is the home to the 2013 Bauhaus FIBT […]  More

Minnetonka Audio Software and Boxer Systems, an equipment supplier and systems integrator for the broadcast and post production industries, have formed a partnership whereby Boxer will be Minnetonka Audio’s authorized partner in the United Kingdom. In that role Boxer Systems will carry the full array of Minnetonka enterprise-level digital audio processing products with a focus […]  More 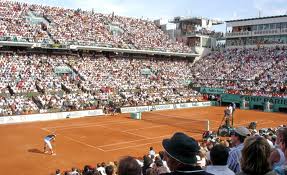 UK sports production company Input Media are to continue as world feed producers at the French Open tennis grand slam for a further three years. After a competitive tender process, the Fédération Françaisede Tennis (FFT) has retained the London-based independent until 2015 to produce the International Super Signal (ISS) and daily highlights, plus a range […]  More