Three dedicated streams of content – live coverage, highlights and statistics – of the Australia vs England T20 cricket match held at Melbourne Cricket Ground were broadcast to participants. By using a specially designed application and an LTE Broadcast-enabled device, participants were able to select the content of the most interest to them. By broadcasting […]  More

dock10, the MediaCityUK-based media services provider, has managed the full post-production workflow for Dan Snow’s History of the Winter Olympics. The documentary, showing how the political upheaval of the 20th and 21st Century has impacted on 90 years of the Games, was broadcast yesterday (30 January) on BBC2. Location footage was shot using RED and […]  More

Lawo has taken its V__pro8 video processing tool to the next level, announcing the release of a new and “extremely precise” AV-sync measurement feature in the V__pro8 for fast and easy lip-syncing. This new functionality exceeds the precision of devices currently available on the market with accuracy better than +/- 2 audio samples. The V__pro8 […]  More 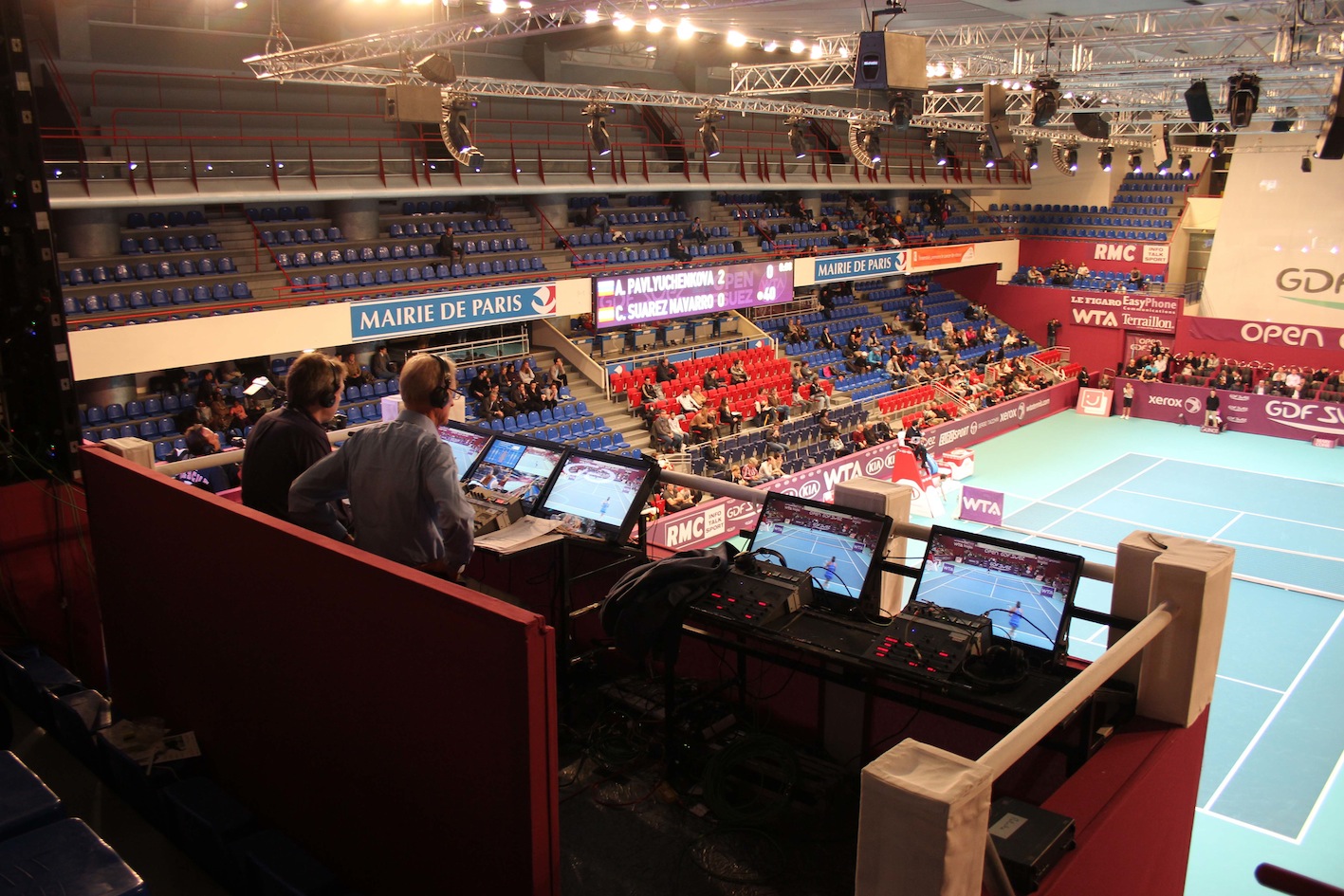 The French Ministry of Sports aims to promote media coverage of women’s sports events. During the WTA tennis tournament held in Paris, a special day on Friday, 31 January, was devoted to this objective, in partnership with Eurosport, which broadcast the entire event. Euro Media France was in charge of filming the matches. Producers Françoise […]  More

In a large-scale programme set to take place over three years, NEP is upgrading 30 of its mobile broadcasting vehicles in the US with Grass Valley K-Frame modular video processing engines with Kayenne Video Production Center switcher platforms. In addition, NEP will install five Grass Valley Kayenne Classic frames with Karrera panels in a large […]  More

The Carlsberg Live Match Centre is a multi-platform website that brings together all the stats and facts from Barclays Premier League match days. deltatre was brought in by the Premier League because of its expertise capturing live sporting events for fans. The fully responsive match day portal, available at live.premierleague.com, creates a digital destination for […]  More

EVS is being utilised by FOX Sports for live production equipment, including 4K replay systems with integrated zooming capability, for its broadcast of NFL Super Bowl XLVIII and associated pre- and post-game activities. The EVS workflow provided for this year’s game connects MetLife Stadium in New Jersey via a high-speed, 10GbE network connection to remote […]  More

United Arab Emirates-based Abu Dhabi Media (ADM) has installed its fifth Calrec Omega digital audio console. The console was first used in August 2012 in ADM’s London studio during the 2012 London Games and has since been moved to its Abu Dhabi studios for mixing audio during live sports news and sports programmes. “The mixer […]  More

Avid creation, management and distribution solutions will be used to power the live production infrastructure for ZDF’s and ARD’s shared German television coverage of the Winter Olympic Games in Sochi, Russia, from 7 to 23 February 2014. At the heart of the production workflow is Avid’s production asset manager and shared storage systems, which will […]  More