Orange has launched an OTT multiscreen service in France using Viaccess-Orca’s Voyage TV Everwhere solution, with systems integration and technical support services provided by Capgemini. At the heart of Viaccess-Orca’s Voyage solution is the RIGHTv unified service delivery platform. By providing Orange France with a highly flexible and scalable solution as well as a service […]  More

Comments Off on Orange France embarks on connected multiscreen Voyage

Findings included in the interim edition of the Ericsson Mobility Report reveal the top five apps in a given country dominate in terms of mobile traffic generated on smart devices. In the countries illustrated in the report – the US, South Korea, and Spain – they account for around two-thirds of all app traffic over […]  More

IOC Analysis: An Olympic-size bump in the road for 4K broadcast adoption

The 2015 version of the annual NAB convention is only weeks away, and, although many exhibitors will be placing bets on 4K production and distribution equipment, it sure looks like broadcasters will not. The most recent sign of reticence is the announcement by Olympic Broadcast Services (OBS) that there will not be a 4K produced […]  More

Comments Off on IOC Analysis: An Olympic-size bump in the road for 4K broadcast adoption

IOC: No 4K from Rio Olympics

The International Olympics Committee (IOC) says it has no plans to cover the upcoming 2016 Rio games in 4K, writes Chris Forrester. The decision does not cover further tests on 8K ‘Full’ UHD which will be carried out to link Rio with Japan’s public broadcaster NHK. Yiannis Exarchos, CEO of Olympic Broadcast Services, said that […]  More

Comments Off on IOC: No 4K from Rio Olympics

German public broadcaster phoenix, which delivers in-depth news and factual programming as a complementary service to Germany’s ARD and ZDF channels, is upgrading to full HD operation. The upgrade, which is being carried out without interruption to the TV station’s broadcasting operations, requires a major infrastructure overhaul; phoenix has chosen Snell IQ Modular to provide […]  More

Comments Off on phoenix rises to HD with IQ Modular

Advances in virtual set technologies have led to more cost-effective and reliable solutions for broadcasters, making the days when an investment in a virtual set was a risky move a distant memory. “Virtual sets are now in a price range where, if the audience doesn’t like it, it’s not going to cost you your job,” […]  More 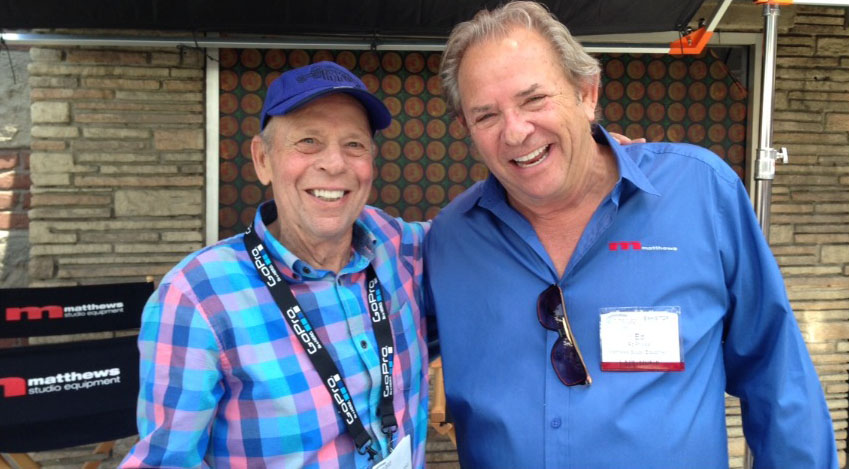 “It is with profound sorrow that I must share the passing of my friend and the original founder of Matthews Studio Equipment, Roy Isaia,” says MSE owner and president Ed Phillips. “On February 16th Roy lost his battle with leukemia but in keeping with his feisty personality never gave up the fight.” Isaia pioneered so […]  More