15 years of Sportcast: Celebrating the anniversary of the DFL subsidiary 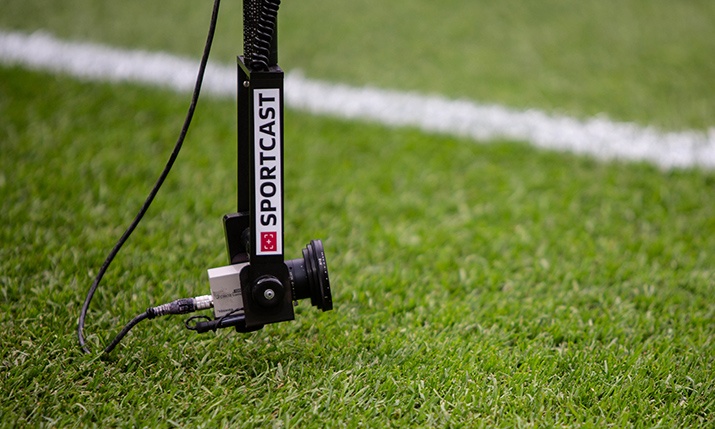 ‘Liga founds own TV production company’. That was the heading of a press release published by the Deutsche Fußball Liga (DFL) one Friday in April 2006.

The wholly-owned subsidiary would produce the images from the matches in the Bundesliga and Bundesliga 2 and make them available to television partners from the 2006-07 season, the press release said. 15 years later, this very subsidiary is an integral part of media production for all aspects of German professional football: We are talking about Sportcast, the work of which we are presenting in greater detail on the occasion of its anniversary.

When its operations launched in May 2006 under the current Chairman of the Management Board, Josef Nehl, with a handful of employees, Sportcast was initially equipped only with a production planning tool – it was yet to even move into its offices. Yet it succeeded in making a smooth start to the 2006-07 season, which began only a few months after the company was founded.

Today it has the experience of more than 10,000 live productions to draw on. As the host broadcaster, Sportcast is responsible for the live production of all 612 matches that take place during a season in the Bundesliga, Bundesliga 2, the relegation play-offs and the Supercup – from producing the basic signal at the stadiums to the contribution and global distribution.

This makes Sportcast one of the largest TV producers in the area of sports media – and its work also goes beyond the Bundesliga and Bundesliga 2. The Cologne-based company has been producing the basic signal for all matches in the DFB-Pokal as well as numerous international matches featuring the senior and youth national teams on behalf of the DFB since the 2008-09 season.

Further examples of its work include coordinating production teams for TV productions of the FIFA World Cups in 2010, 2014 and 2018 and making these available.

The extensive experience of the company and its employees also proved itself after the outbreak of the coronavirus pandemic: It was quickly able to develop and implement special production concepts in the interests of protection against infection based on the medical and hygiene-related concept of the ‘Sports Medicine / Special Match Operations Task Force’. Also when faced with particular challenges, such as those encountered in early 2021: Across all competitions, Sportcast implemented a total of 110 live productions within 31 days – around 20 percent of the entire production volume for a season.

With a view to pioneering technologies, Sportcast continuously enhances the visual implementation of the basic signal. One example of this aspiration was the ‘Innovationsspiele’ (‘innovation matches’) that were held in 2007 and 2015. Within the framework of these matches, new technologies were tested under live conditions – similar to how this is done as part of the ‘SportsInnovation’ trade fair, which DFL Deutsche Fußball Liga, Sportstadt Düsseldorf and Messe Düsseldorf will be hosting for the second time next year (11/12 May 2022).

Another milestone in the history of Sportcast was the creation of the DFL Media Hub by Alexander Günther, who was appointed as an additional Managing Director alongside Josef Nehl in 2011. With 175,000 hours of content currently and 12,000 hours of video material added every year, the DFL Media Hub is the world’s largest digital football video database.

The Sportcast Group, which has been training management assistants for audiovisual media since its first season in 2006-07, includes two wholly-owned subsidiaries: HD SAT Communication and LIVECAST TV Produktion. HD SAT Communication, which specialises in the satellite and fibre transmission of live images, was founded in 2007.

The company runs nine hybrid SNG vehicles and is responsible for providing operational support for the Bundesliga fibre network. Owing to the rising demand for HD productions, Sportcast invested in its own production resources in 2009 in order to meet its requirements for HD productions – thus LIVECAST TV Produktion was born. Livecast’s core business is the production, editing and processing of audiovisual signals provided by two HDTV outside broadcast vehicles.

Founded in 2016, another subsidiary of Sportcast is Sportec Solutions – a joint venture between the DFL and Deltatre, the global market leader in the area of sports media applications, which has had operational responsibility for the collection, storage, quality assurance and distribution of the DFL’s Official Match Data since 2017-18. In 2020, the DFL and Deltatre expanded their partnership. As a result, the joint subsidiary took on a global focus and has since operated as Sportec Solutions.