2018 F1 season shaping up to be one of big changes

The 2018 Formula One season is shaping up to be one full of change as Sean Bratches, F1, managing director, discussed some of the changes at the Sports Business Journal 2017 NeuLion Sports Media & Technology Conference. “One of the things we are trying to do is pivot from being a motorsports company to an entertainment company with motorsports at the center of it,” said Bratches. “We want to be commercially proactive and relaunch the brand…and put the fan at the middle of every conversation we have.” 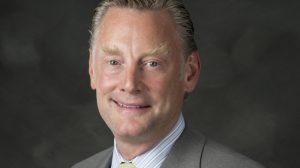 Sean Bratches, F1, managing director, laid out a new vision for F1 at a conference this week in Los Angeles.

Bratches said that when he came on board to F1 what he found was that F1 was an under-managed asset.

“There was no research group, no digital group, no media rights ground,” he said. “So, the encouraging thing is F1 is an extraordinary asset despite the absence of 21st Century leadership. It’s like going from the Sears Roebuck catalog to the Internet in a compressed time.”

The new management team at F1, led by CEO Chase Carey, has spent plenty of time researching what it is fans of all types like and dislike about the brand. Bratches says that he and the team can see the end goal and now the challenge is to take a vision and relentlessly execute to get there via inspired leadership and hiring the right team.

“We can make an impact quickly because there is so much laying fallow,” he explained. “We are building a responsive Web platform from the ground up and a live and non-live OTT product on the digital front.”

Esports is also in the mix as before this past season a new league was launched that saw 40 Esports racers flown to London for a competition that resulted in a top 20. Those 20 racers are headed to Abu Dhabi where two garages and a pit lane will be turned into a virtual racing pavilion and a champion will be crowned.

“F1 is perceived as an incredibly exclusive sport and it’s aspirational,” said Bratches. “So, we are trying to take the cloak of exclusivity and create some seams where people can touch the brands in different ways.”

For example, this year F1 added a two seater F1 car to races where fans could be pulled out of the stands and given a chance to race around the track. And from a content standpoint one goal is to create content that lives outside of the race weekend.

Improvements to the TV product are also in the works. Look for regional feeds to be available for different parts of the goal to better speak to those fans (for example, miles vs. kilometers) and to also create new commercial opportunities.

“Every market will be able to sell virtual ads on the turns as we will have different creative executions in each region,” said Bratches.

F1 also currently has only five corporate sponsors and Bratches says the league has been under punching given its weight class and reputation.

“Manchester United currently has 96 sponsors and while we aren’t going to get to 96 there is an opportunity above five,” he added. “So, we now have a proper team, as they say in the UK, and a sales office in New York and Asia. We want to expand the amount of sponsorable inventory in the marketplace.”

Five new fan festivals are in the offing for next year. Berlin, Milan, Marseille, Miami, and Shanghai will hold festivals timed to be in proximity to races taking place in Germany, Italy, France, the U.S. and China, with concerts, fashion, drivers speaking opportunities, and more.

“We also want a little more sensibility to the cadence of the races, with races first in Europe, then the Americas, and then Asia,” said Bratches. “That will save money when getting the travelling circus around and we can make it easier for the fans to navigate the schedule which today is all over the place.”

On the wish list is street racing in the U.S., specifically on the East Coast, where the timing of the race on a Sunday afternoon at 1400 means a desirable broadcast window in Europe.

Bratches also discussed the move from NBC Sports to ESPN for next season.

“NBC was a fantastic partner and did an extraordinary job for the sport and they invested in it from a marketing and production standpoint,” he said. “The ESPN deal at this point in time is more favorable for where we are going. We appreciate everything NBC did for us and it was a great relationship but we are looking forward to our new partner in ESPN.”

For all the efforts around digital offerings, new broadcast deals, and more the real key to success is the quality of racing.

“Fans like speed but it is not what compels them to watch a race,” he said. “It’s overtaking. So, we are trying to create more balance through cost caps and management and governance of the sport.