From 13 August UK owners of UHD sets will have another option for getting their fill of content as Sky will launch Sky Q Silver, a service that will not only offer movies, documentaries and drama but plenty of sport. Current plans call for 124 Premier League matches to be delivered during the 2016/2017 season and, in 2017, Formula 1 races F1 Productions embraces the UHD format. 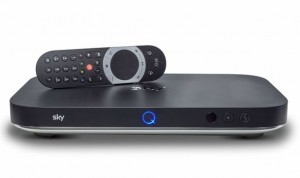 The key to the service is a new set-top box, the Sky Q Silver box. Perhaps most importantly, viewers will not be required to pay for an additional UHD subscription.

“The UHD offering to the customer is not a dedicated channel,” said Keith Lane, Sky Sports, Director of Operations, talking to SVG Europe at The Open Championship in Royal Troon. “The reasoning is, if you remember when we launched 3D we had a dedicated 3D channel with a separate production. A separate production was really good to ensure we weren’t compromising on getting good 3D. But the negative was you sometimes didn’t have the editorial cameras where you wanted them and the analysis was sometimes less than your main HD.”

So the goal, says Lane, is to make sure that the UHD audience doesn’t have compromised camera angles and talent.

“We want to make sure it is a high-end customer offering; it should not be detrimental as a result of us doing UHD,” says Lane. “In Sky Q there’s a Sports homepage and there’s a UHD page which sits behind the normal channel. If for example you’re watching Sky Sports 1 there will be a pop-up that says ‘UHD coverage available’ and it takes you in there.”

The desire to avoid compromising the production also means it’s going to be a hybrid and unified HD/UHD production.

“There will be some 1080p 50 cameras that we need to upconvert, as the native 4K ones aren’t there,” says Lane. “Also, it’s going to be quite difficult to do all workflows in trucks in a native 4K format. The view is that you try to keep as much native as you can — then there’s a certain amount of conversion that has to happen. We’ve got that journey to go through over the next 18 months or so, to get to where we need to be.

The move by Sky also means that the UK market becomes the first to offer an actual choice of UHD services as BT launched its service in 2015.

“We did the very first UHD tests three years ago so we know the space pretty well,” says Lane. “What it really means to the industry is we can collectively start pushing manufacturers to re-invest in R&D to get the products we need. As more content is made, people are going to want that content in native format.”

NEP will be providing the UHD facilities via its Pacific, Aurora, Caspian and Sargaso OB units, four trucks that will be earmarked for Sky’s UHD coverage.

“It’s a commitment to them, and we’re still nailing down some of the technical specifications around that,” says Lane.  “We also recognise that in two year’s time we’ll probably be doing something slightly different. We’ve had some good conversations with NEP around where we’re going with technology.”