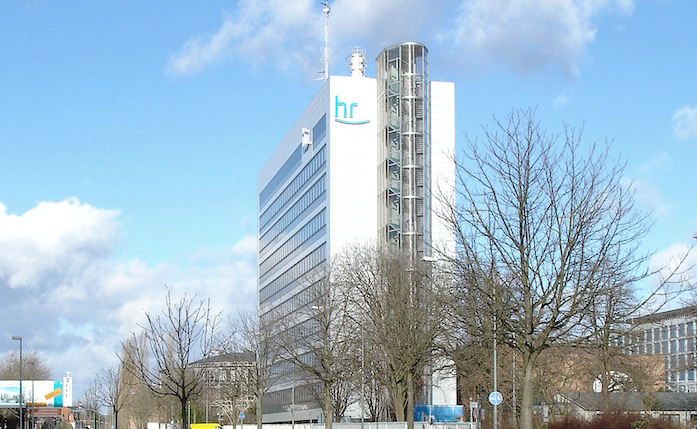 The ARD Sternpunkt in Frankfurt acted as the MCR/main hub

The participants of 5G-Virtuosa, the EU-funded project exploring 5G and virtualisation in broadcast production, have announced that the second phase of the project has been successfully completed. This phase involved transferring the multi-vendor IP production environment built in the first phase to a three-site WAN environment in Germany – demonstrating a multi-site, all-IP networking of TV studios. This phase lays the foundation for the final phase of the project, which will add 5G connectivity to the production environment.

The purpose of the project is to explore ‘Scalable Software Defined Network Architectures for Cooperative Live Media Production Exploiting Virtualized Production Resources and 5G Wireless Acquisition’. In practical terms, this means demonstrating through real-life examples how 5G can be combined with virtualisation concepts to enable broadcasters to produce live content (such as sports or music coverage) more efficiently and cost-effectively across locations, to meet growing consumer demand.

In phase 2, a WAN connection was established between several German broadcasters’ production facilities: the ARD Sternpunkt in Frankfurt as the MCR/main hub, and WDR in Cologne and SWR in Baden-Baden as ‘remote locations’. The basic structure of all locations consisted of a spin-leaf network topology, each controlled and monitored by a separate SDN/NMOS controller (Nevion’s VideoIPath). In addition, the controllers were federated so that the resources (such as equipment) could be shared between locations. Each location also had SDI/IP adaption to connect SDI equipment to the IP network, and the video was transported between locations using JPEG XS compression. All this functionality was provided by Nevion Virtuoso.

Logic, which integrated the system, also performed the tests to establish that the latency between the locations was satisfactory for live production.