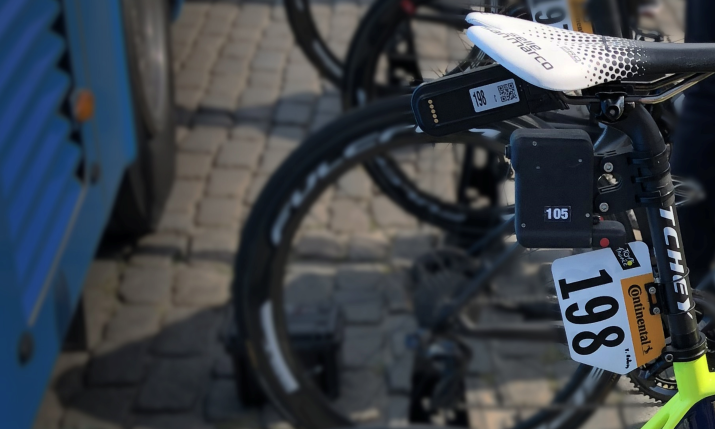 Euro Media Group (EMG) companies, Broadcast RF and the Euromedia France RF division, have kept socially distanced for the ongoing Tour De France while working together to bring all the action to screens around the world.

Twenty of Broadcast RF Velo4G live onboard cameras were provided for the Tour for the second year in a row. However, this year, Broadcast RF approached the project in a slightly different way, with the whole control and remote operation of the onboard cameras executed in the Broadcast RF HQ in London, starting with Le Grand Depart in Nice on Saturday 29 August 2020.

Broadcast RF has worked closely with Euromedia France over a number of months to ensure this is the correct approach from both a safety, environmental and economical point of view.

Chris Brandrick, Broadcast RF commercial director, said: “Why operate onboard cameras from an on location OB vehicle, travelling over 3,000 miles around France following the Tour, when you can operate in the comfort of a nice remote operations centre (ROC) in the UK. We have temporarily converted our boardroom to be the Velo4G ROC where we can monitor all of the onboard camera feeds, remotely adjust settings and switch between cameras during the race.

“The pandemic has made us rethink some of our workflows and forced a move to remote operating where we can,” continued Brandrick. “To think three months ago, when life was a bit glum, now here watching the live stream of up to twenty onboard cameras in my office in Dartford is an amazing feet from our technical team. For clarity, the ROC at BRF is more like a pebble than a rock, and not the awesome ROC our EMG UK partners have built over in High Wycombe,” he added.

The Velo4G is a miniature lightweight camera, with battery options to allow streaming up to 3.5 hours and with a standby time of over 24 hours.

Twenty onboard cameras have been deployed to ten teams on the tour. The teams are in charge of fitting the Velo4G units to the bikes each day and re-charging the units overnight. All have the full range of custom nylon mounded camera mounts which allow for fitting to a wide range of tour bikes. The camera body is narrowly profiled to fit behind the seat post allowing for best airflow. 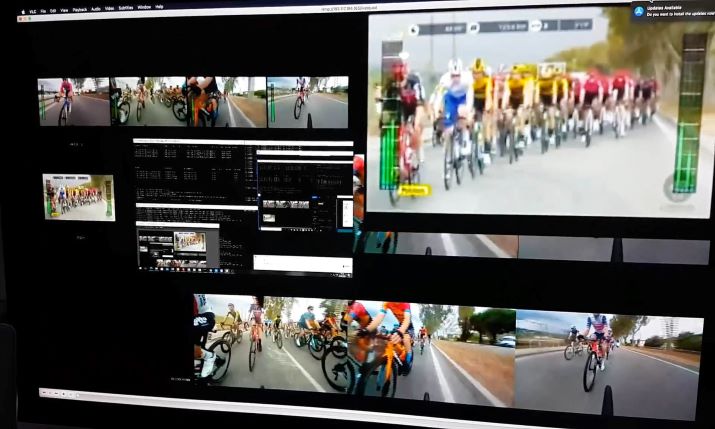 The camera communicates via the 4G cellular network. It is autonomous and will automatically connect to the best available network available via its SIMcard at predetermined intervals.

Once online it becomes fully remote controllable via an online control portal. All parameters of the camera are remotely settable, from stream destination, bitrates, colour adjustments, and record options.

Protocols for the camera are RTMP and RTP, Camera resolutions are 720p and 1080p to 5Mbs streaming dependant on connection quality.

As well as general improvements on the build and the design of the onboard units, Broadcast RF has added further features to the system. The first new addition to the 2020 Tour is the improvement to the audio from the bikes. An improved 48khz 24 bit digital microphone has now been added to the Velo4G, with exceptional clarity.

Five days into the Tour, a software upgrade of the units meant they can now be forced to use a network of choice and only deviate to automatic network when the preferred network is not available. This has further improved the coverage during the tour and another example of how Broadcast RFcan tweak the system on the fly.

Bruno Gallais, Euromedia RF department manager, international business development, said: “This year, for obvious health reasons, we have chosen to minimise the presence of technicians on the finish line of the Tour de France. Thanks to the implementation of the Broadcast RF ROC from Dartford, the technician in charge of controlling the server and programming Velo4G onboard cameras, we minimise the number of operators in the OB van while respecting the measures of protection for our employees.

“The implementation of the cameras every day at the start of each stage remains supervised by the Euromedia RF technicians who are part of the ‘bubble’ of the riders and as such have been isolated from the main team and tested every week since the big start from Nice. We are very satisfied with this mode of operation which has also made it possible to reduce logistics costs while improving the working conditions of our technicians,” concluded Gallais.