A shot in the arm for sports rights holders and pirates 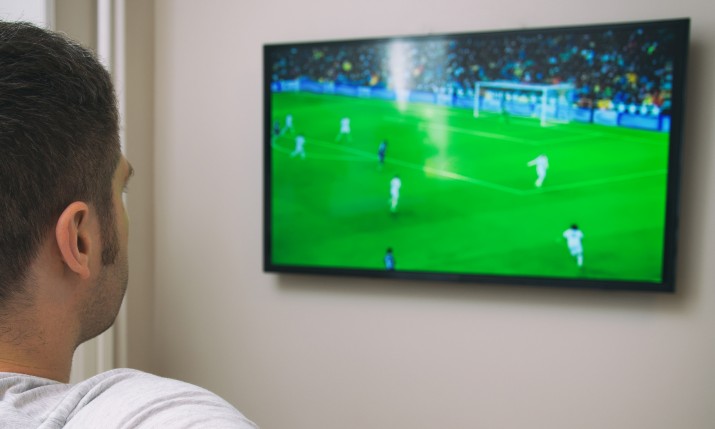 While stadiums in large parts of the world ring empty, the cheering seems to be reserved for the end of 2020. What the sports world need right now is a shot in the arm, literally and metaphorically!

But even the most optimistic person has to agree that the new year won’t herald a quick return to previous levels of rights fees as broadcasters face the double whammy of the pandemic with its economic impact on household incomes and increasing piracy. Lockdown and the suspension of live sport in early 2020 gave pirate service providers the opportunity to make their illegal services more sophisticated.

Several major European soccer leagues have seen single figure percentage declines in domestic rights values over the past two years. In the Middle East, Italy’s Serie A and BeIN Sports reached a settlement on their dispute over rights fees due to the impact piracy was having on their rights ‘exclusivity’. And 2021 will be an important year for Serie A’s short-term rights plans and its longer-term commercial rights strategy. CVC Capital and Advent International are looking to seal the deal to take control of the league’s commercial rights, including broadcast rights, in what is a unique market heavily impacted by organised criminal piracy. Serie A could well be a bellwether for certain domestic and international broadcasters.

While the wider impact of COVID on sports is out of our hands, there is still plenty we can all do to improve the piracy picture. According to market analyst Ampere Analysis, live streaming and live sport piracy in Europe cost providers over $1 billion a year (after accounting for pirate consumers legal spend contribution to broadcasters ARPU) in 2019, while our own intelligence proves there are 20 million active subscribers paying to watch pirate content in Europe.

The Charting Global Piracy Report, which we recently published, was commissioned to discover as much as we could about the motivations of the consumers of live sports piracy. There was a pre-conception that most pirate consumers sit outside of the sports media value chain. They steal content, they do not pay for it and they never will pay for it.

The industry is up against a vast problem; just 16% of those surveyed say they never watch illegal pirated sport, which means 84% of those surveyed are watching sport illegally. But 89% also have a legitimate pay-TV service and 44% a legitimate sports OTT service. Pirate consumers are very much part of the legal media value chain.

As part of the fight back, in 2021 we expect to see rights owners and broadcasters/platforms adopt new pricing and packaging strategies to reach the devoted fans and casual viewers who would never commit to multiple subscriptions or long-term contracts.

The NBA allows users to subscribe to its streaming service, NBA TV, monthly or for the entire season, for a single game, or for audio commentary only. Viewers can access a single team or just the final quarter of a game.

Meanwhile, closer to home, Sky offers flexible subscription terms to users of its NOW TV streaming platform. Consumers can pay on a monthly basis with no commitment, or even choose a single day.

In mature markets, up to one-fifth of fans say they first started accessing illicit sports streams because the event they wanted to watch was not available on their choice of device, whether phone, tablet or a second TV at home.

In the now mature digital OTT age, consumers want to access content anywhere, at any time on any device and more and more broadcasters will tailor their services to match the consumption habits of media consumers in their various markets.

Nearly all pirate consumers (84%) fear a disruption of their illegal service. There is clear evidence, ‘straight from the pirate horses’ mouth’ that deterrents are a powerful weapon. In fact, for approximately two-thirds of those surveyed, the four top issues that would dissuade them from using pay and free pirate services were as follows:

The message is clear: a disruption of the service would make them buy legal services.

In 2021, broadcasters and rights holders need to make a concerted effort to deter illegal viewing by disrupting illegal streams and degrading the quality of the streams. The goal will be to make pirate streams so unreliable that consumers can’t rely on them for a watchable service.

It’s important that the industry starts working together to squeeze pirates’ operations. This includes the advertisers, technology and Internet firms who unintentionally support piracy, for example, providers of DNS and hosting services, and online payment providers.

What are the near-term practical considerations that will allow us to turn a corner and better protect sports rights in 2021 and beyond? We believe it is important for sports rights owners to impose stricter contractual requirements on streaming services, while investing in their own pirate monitoring, intelligence and automated take-downs.

At the same time, commercial teams and revenue protection teams need to collaborate more than ever so they can better understand the efficacy and measurability of their anti-piracy actions and plan strategic investments in targeted anti-piracy efforts that achieve the maximum ROI.

With an understanding of the risk of piracy and its impact on the value of rights, broadcasters are increasingly nervous of guaranteed contracts. Increasingly, broadcast rights deals have some form of rights fee uplift based on the level of subscriber sign ups. This kind of agreement creates a direct incentive for rights holders to increase their anti-piracy efforts and to mandate a common level of content protection technology across licensees in various markets.

Let’s hope in 12 months’ time we will be raising a glass to everyone’s efforts. And we will all be together in a pub, please.