One of the true pioneers in sports broadcasting, Jacques Lesgards, has passed away in Monaco at the age of 92. During his career, he helped shape the nature of Olympic coverage and the role of OB units in sports events. 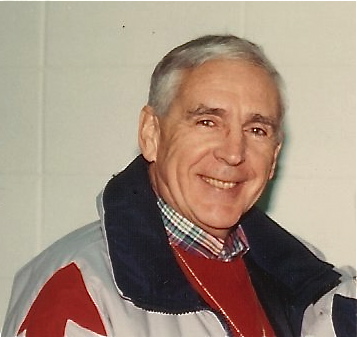 Lesgards influenced the use of OB units in sports production.

Born in Paris in 1920, he began his career in 1945 as an audio engineer. From 1961 to ’66, Lesgards was chief engineer for Intertel, one of the first OB production companies in Europe. And, in 1964, his influence began to be felt in the world of sports when Intertel provided one of the OB units used to cover the 1964 Winter Olympics in Innsbruck. Austria.

During his work there, he caught the attention of Roone Arledge (who would become president of ABC Sports in 1968) and, in 1966, was hired as manager of ABC Sports European Engineering Operations.

“I was in New York City for a meeting with Julie [Barnathan, legendary ABC engineer], and, at 9:45 a.m., I was hired as manager of European engineering operations. At 10:30 a.m., I was in the personnel department, at 11:30 a.m. the medical department, and at 3 p.m. back at JFK,” Lesgards recently recalled. “Some hours later, I called [my wife] Elisabeth, and she heard some Spanish on the phone and asked where I was. My answer was ‘In Mexico!’ I was already involved in one of the first surveys for the 1968 Mexico Olympics.”

In 1971, Lesgards was named ABC Sports director of broadcast operations and engineering in Europe, where he played a major role in planning for the 1972 Munich Olympics and, for the next several years, was instrumental in every remote production in Europe for Wide World of Sports.

“Very few people in our industry have left a more meaningful legacy than Jacques Lesgards,” says Geoff Mason, who worked closely with him at ABC Sports. “He was one of the original and most influential contributors to ABC Sports. For more than five decades, Jacques managed to make sense of the occasionally conflicting agendas of production and engineering.”

In 1977, he was promoted to VP and director, European technical production and broadcast operations. He retired in 1980 and had lived in Monte Carlo with his wife for the past 32 years.

“His gift was that he loved good television and working with the hundreds of professionals in the global marketplace,” says Mason. “He was able to elevate our telecasts on Wide World of Sports and Olympics. His international perspective will be sorely missed.”