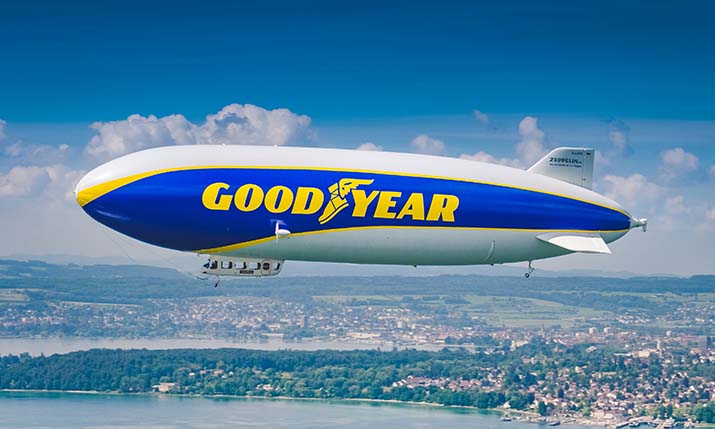 Delayed due to the COVID-19 pandemic, the tour will commence with live aerial coverage of the rescheduled Le Mans 24hrs 2020 on 19 September. The blimp will then travel to the Nürburgring where it will accompany the FIA World Touring Car Cup races as part of the Nürburgring 24 hour race weekend.

The European airship operations are undertaken on behalf of Goodyear by Deutsche Zeppelin-Reedere. ACS has worked closely with Zeppelin and Goodyear over a number of months in the planning and delivery of the new venture, with a recent camera install and test flights undertaken at the iconic Friedsrichshafen flight base.

The RF equipment is supplied by ACS’s group partner Broadcast RF (BRF) and consists of a Vislink HD transmitter system with omni antenna fitted in the blimp and a diversity receive system based at the OB compound.

The service also includes a wireless camera control system to ensure seamless integration with the other cameras around the racecourse deployed for the live coverage. As part of the full-service package, ACS and BRF will also be providing an experienced crew to install and operate these facilities on behalf of Goodyear.