The All England Lawn Tennis Club (AELTC) has appointed Paul Davies, currently Lead Executive Producer for BBC’s Olympic, tennis, rugby, golf, boat race and Sports Personality of the Year output, to a new full-time position as Head of Broadcast and Production at the AELTC and The Championships, Wimbledon. Davies will take over for Mervyn Hall who will retire following The Championships 2016 but will join the Club prior to next year’s Championships. 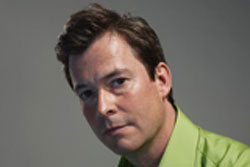 “We are delighted that we have attracted Paul to this position and I look forward to welcoming him to the Commercial & Media team,” said Mick Desmond, Commercial & Media Director at the AELTC in a press statement. “I would also like to take this opportunity to thank Mervyn Hall, who will retire from his position as Head of Broadcast after The Championships 2016. We value highly the role Mervyn has played in building collaborative working relationships with our global media partners over the past 13 years.”

Desmond added that Davies, with his vast experience in production, will play a pivotal role in taking these relationships yet further to continue to ensure the unrivalled broadcasting of The Championships.

“I’m thrilled to be joining the AELTC at such an exciting time for The Championships, and with the opportunity offered by a rapidly evolving media & sports rights landscape,” said Davies. “I have loved my years at the BBC, and all the sports, events and teams I’ve been a part of will serve me well as I step up into my role at Wimbledon. I am very lucky to have had the experiences I’ve had, and am pleased to be able build on many of my existing relationships in my new role.”