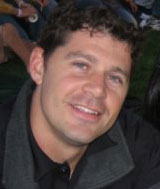 There has hardly been a deficit of conversation around emerging audio/visual networking solutions over the last few years, but much of this has centred around technologies using Layer 3, IP-based transport, such as Audinate’s Dante and ALC NetworX’s Ravenna. The Layer 2-oriented Audio/Video Bridging (AVB) has therefore been somewhat overshadowed, but although its roll-out has arguably been slower than expected in some quarters, it continues to make steady progress under the watchful eye of promoting organisation the AVnu Alliance.

This was particularly evident at the AES Convention in New York recently, where AVnu made several significant announcements. Harman’s Soundweb London BLU-805 and BLU-325 signal processors were declared to have successfully passed through the AVnu interoperability certification process. Both devices allow 64 incoming AVB channels and 64 outgoing AVB channels, with configuration, control and monitoring to be provided by a forthcoming release of Harman’s HiQnet Audio Architect.

Whilst he is unable to comment on the number or nature of products currently undergoing certification testing – which is carried out by the University of New Hampshire InterOperability Laboratory (UNH-IOL) – AVnu marketing work group chair Greg Schlechter says that “we are seeing more and more certified products come through, and more and more momentum [behind AVB] as a whole.”

AES 2015 also saw the Alliance confirm that test and measurement solutions provider Calnex had been added to its membership roster to help other members move their products towards the goal of AVnu certification. Their testing solutions, says the Alliance, will give companies a benchmark to work towards as they fine-tune time synchronisation and interoperability.

“Building an ecosystem is the main purpose of the certification programme,” says Schlechter. More generally, “what I am hearing is that there is a general consensus that many manufacturers think that AVB is where things are going, and that having a foundation [in it] is absolutely necessary.”

He is mindful of the attention that IP networking interoperability standard AES67 has been receiving of late, but understandably seeks to dispel the “confusion” generated by oppositional technology debates. “AES67 is only a specification so it cannot be compared to AVB, which is also supported by the only certification process [of its kind in pro-audio],” says Schlechter.

Meanwhile, the number of large-scale professional installations to be based around the technology continues to grow. Recent examples include a 119 Meyer Sound loudspeaker system underpinned by an AVB network at Chimelong Ocean Kingdom’s 5D Castle Theater in Zhuhai, China, and a travelling deployment on the Bryan Adams’ Reckless 30th Anniversary Tour. Broadcast is also a focus alongside ‘traditional’ core AV markets, with the audio infrastructure at ESPN’s Digital Center in Bristol, Connecticut, primarily using AVB. (Read Sports Video Group’s in-depth 2014 report here https://sportsvideo.org/main/blog/2014/06/10/espns-dc2-scales-avb-large/).

Plugfests supporting and explaining the technology are also ongoing, so “that [vendors] can get a sense of their products working together as part of the AVB ecosystem that is being built. There have been many in the US – and continue to be so – and I know there is an intention to do some in Europe as well.”