The 139th AES Convention – which took place at New York’s Javits Center from October 29 to 31 – brought forth its customary selection of new product launches and updates, with developments pertaining to Audio over IP (AoIP) somewhat inevitably to the fore.

These included the launch by Lawo of the latest additions to the A_line family of AoIP interfaces for broadcast, live and install applications. The A_digital8 and A_madi4 compact rackmount devices are compatible with the AES67 audio-over-IP interoperability standard, and have been designed to make it easy to configure and manage audio and video streams in IP networks without requiring a deep understanding of IT systems. 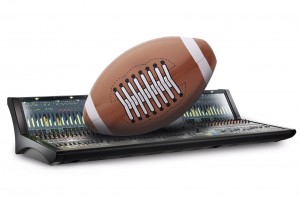 The German manufacturer also undertook the US launch of its KICK close-ball automation system. Designed to heighten the broadcast impact of major sports events, KICK employs the latest image and tracking technology to deliver fully automated, close-ball audio mix for sports such as American football, soccer and rugby. Also being showcased at AES was the mc²56XT mixing console – which provides twice the number of faders in the same footprint as its mc²56 sibling – as well as a new collaboration with WAVES that gives Lawo mc2 series console users access to WAVES’ SoundGrid system.

Focusrite, too, placed an emphasis on IP audio at AES with the introduction of the latest product in its RedNet range of Dante AoIP products – the RedNet AM2 stereo audio monitoring unit. RedNet AM2 is a stereo monitoring unit combining headphone and line outputs for flexible monitoring of signals sourced from the Dante network. It incorporates a 1/4in front-panel headphone socket plus a pair of balanced line outputs with male XLR connectors mounted on the rear panel, which can be deployed for loudspeaker monitoring and other applications.

Focusrite was also one of the participants in the historic 22-product AES67 AoIP demonstration (as previously reported by SVG Europe here: https://www.svgeurope.org/blog/headlines/live-from-aes-2015-historic-public-demo-for-aoip-interoperability-standard/, but whilst IP-based delivery is undoubtedly stealing the lion’s share of the headlines, some older forms of connectivity continue to attract fresh innovation. For example, DirectOut used AES 2015 to highlight MADI.MONI, a new ergonomic MADI tester and mobile MADI monitoring tool. Specifically designed for MADI testing and monitoring in the field, MADI.MONI is said to have the smallest footprint of any mobile MADI monitor on the market. Also on show was DirectOut’s compact MADI analyser, ANNA-LISA.

Elsewhere on the showfloor there were some notable launches from several of pro-audio’s most influential mainstays. Avid introduced the Pro Tools | Dock, billed as a portable surface that gives audio and music professionals a wealth of options for intelligent studio control. Powered by the Avid MediaCentral Platform, Pro Tools | Dock is based on the advanced touchscreen workflows of the Pro Tools | S6 and the hybrid touchscreen/hardware control of the Avid Artist | Control surface. Users can navigate large projects and access any track instantly on an iPad touchscreen using the free Pro Tools | Control app. 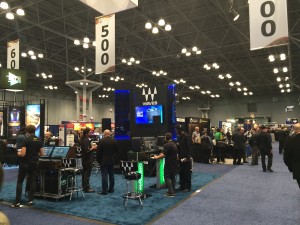 Meanwhile, Solid State Logic announced Sigma δelta, a significant upgrade to the Sigma Remote Controlled Analogue Summing System. The new upgrade introduces three new features that facilitate full simultaneous tri-directional control of the Sigma analogue hardware. These include the availability of SSL’s δelta-Control (δ-Ctrl) software for Sigma, bringing what is described as a ‘new seamless elegance’ to DAW automation workflow with Sigma. Meanwhile, a new cross-platform (iOS, Android, Mac or PC) Remote Control App expands on the feature set of Sigma’s V1 Browser with the addition of direct Level and Pan control, making the Sigma SuperAnalogue mix engine and monitor switcher fully remote controllable via software running on a range of networked devices. Finally, new direct control via MCU using MIDI over Ethernet is added to enable SSL’s Nucleus controller and Sigma to be used together as a standalone rack mount line mixer with remote hardware control, without the need for a computer or Remote Control App to be running. When all three control systems are in use, changes on one are reflected across all three interfaces.

SSL also announced its latest initiative to boost what one might describe as ‘audio curiosity’ in the form of the βeta, a 500 format module Hardware Development Kit that offers some SSL-specific components to the community of ‘build your own’ audio electronics enthusiasts. βeta provides a self-illuminating Perspex front panel that allows enthusiasts to devise and build creations that will look great in their racks, with a window through to their very own electronic creations within. The panel is supplied with a collection of components that are identical to those used in SSL’s large format consoles.

Finally for this round-up, Genelec displayed the 8010 Active Monitor, the smallest member of the 8000 Series product range, along with the 7040A, an ultra-compact subwoofer. Suitable for professional work in small editorial studios and OB vans, the 8010 is said to offer accurate monitoring capability and ease of installation. Designed to complement Genelec’s 8010, 8020 and M030 active monitors, the 7040A delivers accurate sound reproduction and precise monitoring of low-frequency content. These performance characteristics, combined with a compact form factor make the 7040A ideal for use in music creation and sound design applications, as well as audio and video production work in small rooms and improvised monitoring environments.