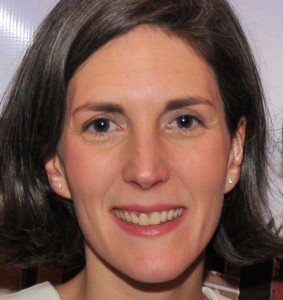 The rapid growth of the AIMS Alliance for IP Media Solutions has been making headlines ever since the group – which supports standards intended to achieve the transition from SDI to IP – was formed late last year. SVG Europe recently caught up with representatives of a number of AIMS Alliance members to discuss their reasons for joining, as well as the outlook for the ongoing SDI-to-IP transition – including Imagine Communications chief marketing officer Dr. Glodina Connan-Lostanlen (pictured).

What are Imagine Communications’ primary reasons for joining the AIMS Alliance?

Imagine Communications became a founding member of the Alliance for IP Media Solutions (AIMS) in December of 2015 for several reasons. The major motivation was to accelerate the technology evolution within the media and entertainment industry by providing the entire ecosystem, both suppliers and broadcasters, with a vendor-neutral and open standards approach to the transport of video and audio over IP. It is imperative that the advancement of the overall industry not be negatively impacted by competing and incompatible approaches that cause media companies to postpone critical investments in next-gen technology out of fear that the solutions they purchase today will lead to proprietary dead ends, severely restricting their ability to innovate and exploit the benefits of an open marketplace. The shared goal of all AIMS members is to bring to the IP solution ecosystem the same degree of widespread interoperability that now exists in the SDI realm. This, in turn, will provide all of our customers with assurances that conditions are now right for them to start building out the infrastructures that will keep their businesses ahead of the competitive curve for years to come.

To what extent do you think that existing IP-based initiatives will dovetail with and complement the activities of the AIMS Alliance?

We received overwhelming feedback at this year’s NAB Show that AIMS was more than living up to the goals of its charter and providing broadcasters and other media companies with the peace of mind they need to fully embrace the transition of their operations to IP-based environments based on generic compute and networking equipment. NAB was also a turning point in the ongoing adoption of next-generation technologies, including IP and the transition away from purpose-built hardware and toward virtualized environments. Everyone recognizes that assimilation of the IT world into the broadcasting world is now inevitable. Every company will take a different path to IP, but there is no longer any doubt that it is everyone’s mutual destination. NAB also marked the year anniversary of Disney/ABC Television Group announcing its collaboration with Imagine to move its playout and master control to virtual environments. We are working with dozens of others, in all regions, to modernising their production, playout and distribution operations. The early and unprecedented success of AIMS in aligning the industry around IP standards is in many ways a manifestation of the fact that the media and entertainment industry is poised to exploit the advantages of moving operations to more agile and versatile environments. The good news is that AIMS is not a standards creation organisation, but rather a trade association dedicated to promoting the ongoing and future efforts of independent standards bodies, including the VSF, the AMWA, the SMPTE and the EBU. The vast majority of today’s existing IP initiatives are based on the AIMS roadmap.

What do you think are the greatest challenges regarding IP adoption as the industry stands now?

The transition to IP is not your everyday technology transition. It’s a once-in-a-generation evolutionary leap. That’s why it offers so much promise. At the same time, it brings with it many of the same challenges imposed by technology shifts, such as the move from analog to digital or from SD to HD, that have always been a part of the television technology landscape. Imagine Communications recognized early on that media companies cannot be pushed along the path to IP. They must be empowered to make this migration at their own pace and in a manner that aligns closely with their business objectives. They require assurances that they will be able to manage the transition without altering or accelerating buying cycles and that no investment — those made yesterday, today or tomorrow — will be stranded. At Imagine, we’ve embraced a hybrid strategy that’s designed to enable media companies to take advantages of the opportunities delivered by IP without financial or operational disruption. At the same time, the transition to IP does impose some substantial cultural challenges. In fact, in a survey we conducted at the end of last year, nearly half of the more than 700 respondents said that cultural factors, such as learning new skills, are as big an obstacle to IP adoption as technology challenges. From our perspective, the same hybrid and self-paced approached that I described earlier will also enable media professionals to ease into the IP world from a cultural perspective.