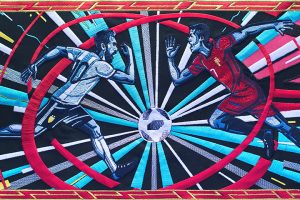 CDN services provider Akamai has backed the BBC’s decision to limit the number of viewers that will be able to view 4K HDR World Cup coverage via the iPlayer but warned of the need to manage user expectations.

Speaking to SVG Europe ahead of the 2018 tournament, which starts on Thursday in Moscow, Lynette Kerry, regional sales manager for Akamai in the UK and Ireland, said by restricting the trial the corporation will be able to ensure a consistent user experience.

“4K events are not unique but a 4K event of this magnitude is unprecedented in the UK,” she said.

“If you look at how World Cup viewing has grown over the last 12 years, we could be talking about crazy volumes of traffic that we haven’t gone to yet. I think it’s wise to limit. It will enable them to really test the boundaries of what is capable. Push the art of the possible and have it in a controlled environment.”

The BBC revealed last month that it will make a 4K HDR stream of 29 of its World Cup matches available via BBC iPlayer but the number of users that are granted access to it will be limited to “tens of thousands of people”.

“Ultimately, what the BBC cares is about is the user experience,” continued Kerry.

“How can I ensure that I am setting the right expectations, with all the fanfare about 4K and its heavy bit rates, and how can I effectively manage the user experience?”

Kerry suggested that the BBC will need to help educate the public on which devices are capable of playing the content.

“You have to manage people’s expectations. The last thing we want is for people to have a really bad experience during the World Cup. We also don’t know what is going to happen in terms of the UK infrastructure. A lot of effort goes into planning for these events. It’s wise to have a level of control.”

“The last thing we want is for people to have a really bad experience during the World Cup.”

Although Akamai is not permitted to discuss the role that its own infrastructure will play in the BBC’s trial, it is well documented that the BBC relies on a mix of commercial CDNs and its own decentralised infrastructure for BBC iPlayer output.

The World Cup distribution to BBC iPlayer will be Main 10 Profile, Level 5.1 HEVC with Hybrid Log Gamma signalling. Coverage will be made available in a number of what the BBC calls ‘representations’, the best quality one being 3840 x 2160 p50. A minimum internet speed of 40 Mbit/s will be needed to get the full 3840-pixel resolution representation.

According to Ofcom’s annual Home Broadband Performance report, published in November 2017, the average download speed in the UK is 46.2 Mbit/s.

Viewers will also need a compatible 4K HDR TV set and the latest version of the BBC iPlayer app.

The BBC has published a list of all the devices that will support the trial, noting that “some users will need to update the firmware on their device for the UHD stream to work.” https://www.bbc.co.uk/iplayer/help/latest-news/live-uhd

“We hope [it] provides us with further insights into the capabilities of the UK Internet for handling high capacity services. We are working on a number of technologies to improve how such services could be carried in the future at significant scale. It will be interesting to see how the World Cup trial helps in the development of a universal open UK Internet that supports such events.”

The BBC’s TV coverage of the World Cup starts on Friday 15 June at 13:00 with Egypt vs Uruguay. The 2018 World Cup opening ceremony, live on ITV, takes place on Thursday 14 June at 16:00, followed by Russia vs Saudi Arabia.