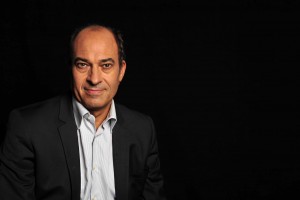 EPL matches will be broadcast to “fixed and mobile customers anywhere, on any device and in 4K,” says Nicolas Rotkoff

It is one of the surprising pieces of sports news to have dominated the headlines in France before the end of the year; telecom giant Altice, owner of SFR-Numéricable, has acquired the broadcasting rights to England’s Premier League Football for the next three seasons, starting August 2016. The rights are exclusive for France and Monaco and non-exclusive for Switzerland, Luxembourg and Andorra.

For the last several years, Canal Plus has been the exclusive broadcaster of the Premier League in France, one of its crown jewels and one of the main reasons why subscribers opt for the Pay-TV platform in the first place. By grabbing these rights for a price estimated to be around 120 million euros/year, Altice has dealt a severe blow to the French satcaster, already weakened by competition from BeInSport and on the film and TV drama front by the arrival of Netflix.

Altice also announced that the 380 matches would be broadcast to «fixed and mobile customers anywhere, on any device and in 4K». The operator is clearly betting on UHD to either attract new subscribers or offer premium services to existing ones, most notably the SFR customers who subscribe to its very high bandwidth fibre optic offering.

«We are launching a new UHD channel before the year-end called MCS (Ma Chaîne Sport); Ultra HD and the Premier League matches are likely to be part of that channel’s content,» Altice Entertainment and Sport CEO Nicolas Rotkoff told SVG Europe. «We are currently working on a commercial proposition for the EPL which includes television, but also smartphones and tablets and which we will announce next year. I can’t reveal more as yet, except to say that it will be quite an innovative multi-device offering,» said Rotkoff.

The company has already acquired the French Basketball broadcasting rights for the five next years making sport one of the central planks of its offering, and according to Nicolas Rotkoff, «Quite a few of the important games will be broadcast in 4K and will be perfect for MCS TV Ultra HD, starting with the All Star Game which will take place at the Bercy stadium on the 30th of December.» Altice also acquired 4K content from sponsor of Extreme Sport events Red Bull and signed an exclusive deal with Sony for 4K films, all of which will be shown on the new channel.

«We are pioneering 4K as a technology because we are betting on it becoming widespread over the next five years, in the wake of HD. We have the right network and bandwitdth for it, we have recently launched a new 4K set-top box called Zive and we have invested in a 4K production and editing facility,» Rotkoff said.

Altice wants to put its own touch on the Premier League package and make the coverage quite different from Canal+. «We won’t be installing our own cameras as we will be retransmitting the international signal from the host broadcasters. But we will most certainly have commentators and a TV studio in England. We want to be able to interview some of the footballers and managers during the important matches, as many of them are French and there is a lot of interest in France for these players and managers,» Rotkoff explained.

Adding that it is unlikely that the studio interviews will be broadcast in 4K, even if nothing has yet been decided on that front, Nicolas Rotkoff also hints that the matches will probably, at least in part, be analysed in France by Altice consultants Raymond Domenech and Emmanuel Petit. «We have six to seven months to finalise the package and we will probably start announcing its main features early next year,» he concluded.