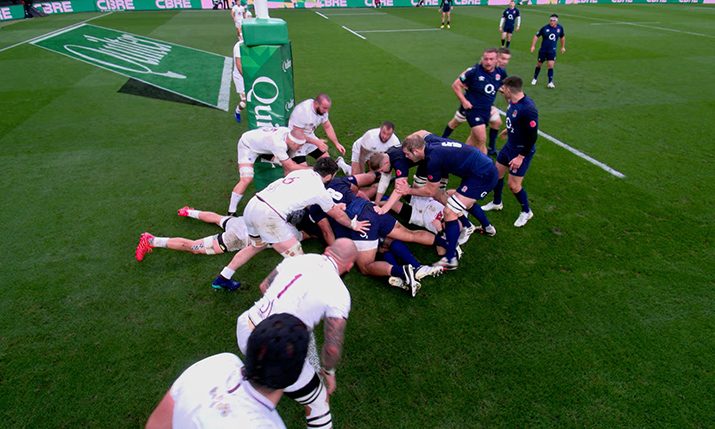 Amazon Prime Video’s coverage of the Autumn Nations Cup will include the usual production bells and whistles you’d expect from an international rugby tournament plus an interesting innovation: cameras mounted on the goalposts.

The PostCAM set-up will consist of four minicams (two that are pan-and-tilt) on each of the posts, installed just below the crossbar. The fixed and remotely operated cameras will be used for both live shots and replays, providing a unique angle of try-line and end-of-field action.

PostCAM will be available to directors at Twickenham for all of England’s home matches, as well as at the Parc y Scarlets stadium in Llanelli for Wales vs England.

The equipment is being supplied and operated by Aerial Camera Systems. Sunset+Vine is producing the coverage.

“With fans unable to get into the stadium, we’re delighted to be able to offer a new way to bring them closer to the action,” said Alex Green, managing director of Prime Video Sport Europe.

“PostCAM will give rugby fans a brand new perspective on the game that they love – and we think the Autumn Nations Cup is the perfect launchpad for it.”

In the UK, Amazon will exclusively show 13 of the 16 matches in the competition, which will feature England, Scotland, Wales, Ireland, France and Italy plus Georgia and Fiji, on Prime Video with Ireland’s three games being broadcast by Channel 4.

In Ireland, the rights are held jointly by Premier Sports and RTE. Mediaset is the rights holder in Italy while France 2 and beIN Sports will show games in France.

The tournament will be played across four weekends with Prime Video coverage fronted by Gabby Logan and Bryan Habana.