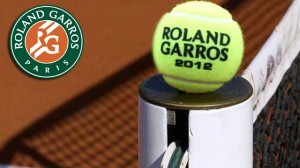 Both France Télévisions and Euromédia were a strong presence during the broadcasts of the Roland Garros Tournament during the past two weeks, but the services provider AMP/Visual TV also played an important role. This year the company’s OB6 unit was used for the Orange Sport TV studio. The sports channel of the incumbent operator (France Télécom) stops broadcasting on June 30, and wishes to end its short existence (only four years) with coverage of one of the major French sporting events.

Consequently, AMP/Visual TV’s OB6 unit was deployed for the sole use of Orange Sport’s covered studio with five tripod-mounted cameras and one shoulder-mounted HF camcorder. It also processed the international signal for the Orange Sport commentator positions on the Suzanne Lenglen and Philippe Chatrier courts. Two Paluche mini hand-held cameras provided additional shots for the footage produced by the journalist and his consultant.

A flight case production unit from AMP/Visual TV was also installed on behalf of the French Tennis Federation, and used exclusively for the 25 commentator positions and six stand-up positions set up by AM. Each position contained a camera, microphone and headset used to conduct interviews relating to the matches (four on the Philippe Chatrier court and two on the Suzanne Lenglen court).

Finally, this year’s tournament continued to show advances related to Internet broadcasting. There was live coverage of seven courts on the France Télévisions website (www.francetv.fr/sport) as B-Stream was in charge of encoding and flow control for streams during the whole fortnight. Despite the wealth of content delivered via the Internet the system facilities in use were quite simple as all technical equipment fit into three flight cases and was managed by two people. Elemental Technologies encoders  were used to compress video signals into adaptive bit-rate compatible Adobe Flash. VOD also saw some improvements this year as matches were available on the France Télévisions website 30 minutes to one hour after the end of the live broadcast (depending on the length of the event) whereas last year there was almost a 24 hours delay.