An exploration of VR and AR for sports: part I – the challenge facing immersive sports 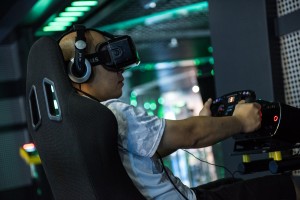 In the first of a detailed two-part exploration of the potential of virtual reality, augmented reality and other related technologies, SVG Europe examines the current challenges facing immersive sports. Over the last year or so, the viewer would be hard pressed to have missed the buzz around virtual reality (VR) and various forms of augmented reality (AR). There’s been a dramatic increase in VR components within the media coverage of major sporting event and fixtures.

“VR presents a new route to market particularly for sports venues and broadcasters,” says Dave Elliott, enterprise business development manager at Holovis. “The technology is now at a stage where it is ready to be explored and developed to give fans that front row seat every time.”

“I see this as being on the same level as when black and white televisions switched to colour,” he adds. “It has to be seen to be believed and once people have experienced it there will be no going back.”

Samuel Westberg, director of sales EMEA for LiveLike, feels clients are seeking something set apart from existing catalogues. “They want to offer their public something new, engaging, interactive, and that will be a real product and not just an experience,” he says. “So the major challenge right now is not only proving that you can have a great experience, but also showing that it will generate new revenue streams for them by bringing the user back to the experience regularly.”

However, one only has to look at how stereoscopic 3D fared, even given its support among the sports broadcast community, to see how precarious technologies that deviate from the televisual norm can become. VR’s path to adoption is not assured. 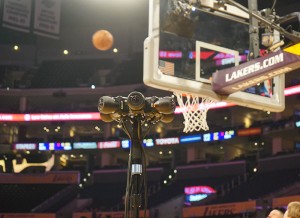 “There are a number of challenges when it comes to the deployment of VR technology for sports events,” says Mark Grinyer, head of business development for 3D, 4K & Sports at Sony Professional Europe. “From a legal point of view, it’s vital to consider the way broadcast rights have been managed and sold, as this impacts who can leverage the VR content commercially.

Production budgeting is also a challenge, says Grinyer, as there is little or no increase in funding support for specialist coverage, and broadcasters still have to deliver regular, weekly content.

“When it comes to content style, broadcasters also need to ensure they make the correct choice between 180° or 360° content, because the choice directly impacts image quality and dwell times,” he adds.

“The challenges for VR are different on a case-by-case basis,” says Holovis’ Dave Elliot. “Those who suffer from motion sickness for example, wouldn’t enjoy watching a virtual hockey match. There is a minimum age to be considered, and space for people to freely move can be restricted. This limits the use of VR in certain environments. On the hardware side, HMDs need to become more robust and accessible for large deployments and high throughput levels. However, we have seen a lot of improvement in the last 12 months, and developments are still happening at a rapid pace.”

Deltatre started working with VR 12 months ago as an evolution of the digital production it was performing on behalf of UEFA for Champions League. In order to implement live sports VR production, it has since partnered with Nokia for camera provision and is now partnering with LiveLike to explore VR experiences for other sports.

“We’ve been deploying 360° or 180° degree cameras on the ground, and [exploring] editorial angles and camera positions [to deliver an] immersive experience that makes sense,” says Gilles Mas, managing director of Deltatre’ s International Football Unit. “Next year we’ll move into providing broadcasters with services that use this new content that’s being generated in order to power VR experiences.”

Mas echoes Dave Elliot’s concerns about HMDs, pointing out the difference between consuming a VR experience in Playstation VR, for example, and on a smartphone with Google cardboard.

“How do you cover all that functional experience?,” asks Mas. “And as it’s not rolled out massively you don’t have a lot of market feedback on the experience, apart from people who usually get motion sickness.”

Storytelling is also complex in this environment. “No-one wants to stay immersed in a 360° clip or scene forever if there’s not the incentive to do so,” he says. “We are finding instead that it can be consumed as short form content. Let’s say there’s a goal by Messi. Of course you want to see that goal in 360° and have the replay of the goal. But would you want to see the whole game [in 360°] to see Messi shoot? It would be boring after a while.”

“You will never design an experience that is fully 360°,” he adds. “It’s always going to have to be a blend of enhanced experiences in the digital space.”

“Technically in terms of workflow, live VR on location is challenging,” says Alx Klive, CEO of 360 Designs. “Although we’ve solved this in part by integrating into existing broadcast equipment and stadium infrastructure. This allows us to have servers in a custom OB vehicle outside, and run a TV-like production. Our cameras use 6G SDI (4K), so we can readily patch into stadium fibre, and are able to do multi-camera, live switching, slow motion effects, graphics – anything really that you can do with a TV production.”

“Proximity and positioning is very important with VR, so it’s important to get stakeholders on side for this aspect,” adds Klive. “The cameras themselves are significantly smaller in terms of footprint than a traditional TV camera, so we’ve been fortunate to position them in a number of excellent locations – behind goals, centre line, within tunnels, among crowds, even in player changing rooms.”

However, as Gilles Mas points out, those VR cameras will be competing with other traditional broadcast camera positions. “So imagine there are 30+ cameras deployed on a game in the final, now you try to add another six VR cameras, and then the player tracking camera.  That’s a lot of cameras. And everyone wants the same spot. That logistical complexity directly impacts on the story-telling.”

According to Rewind founder and CEO Sol Rogers, the other main challenge at the moment is distribution. “Existing broadband networks struggle to stream flat 4K video, let alone live 4K VR which has a nine-fold pixel count increase,” says the Rewind CEO. “Whilst it is possible to get a sharp image with 180° VR footage, it’s still well below the limit of the human eye.”

“The quality ceiling currently rests more in our ability to display the footage than to capture it,” Rogers adds. “Oculus’ chief scientist, Michael Abrash, thinks we’ll need something like 16k by 16k displays [for the 100° field of view offered by the Oculus Rift and HTC Vive] before we top out on quality. Displays currently top out at 1440 x 2560.”

Another concern for live 360° video is stabilisation, but here again moves to address this are afoot, or at least on wheels. The latest device to be rolled out from Motion Impossible is the Mantis 360°, consisting of a VR camera on a remote RF controlled dolly. It utilises gyro stabilisation to eliminate roll, tilt and vibration, and is capable of up to 30mph with smooth controlled movement and keeping the cameras level.

“It’s the world’s first ever remote dolly system for filming in virtual reality,” says CEO Rob Drewett, also a BBC wildlife cameraman, who says it is being used increasingly in sports broadcasting. “We’re mainly using the Nokia Ozo, but it can take any rig up to 5kg.”

“As sport is such a passion point for so many, it offers a great opportunity for rich content creation,” says Sol Rogers. “VR has the potential to generate revenue from embedded advertising, sponsorships, VR broadcast licenses, and selling premium fan experiences. But it’s going to take some time for these to really kick off, and the distribution is just not there to give advertisers the reach and return they desire. It’s still early days.”

The second part of SVG Europe’s VR special will be published on Wednesday (15 March) and will examine the long-term opportunities for VR.