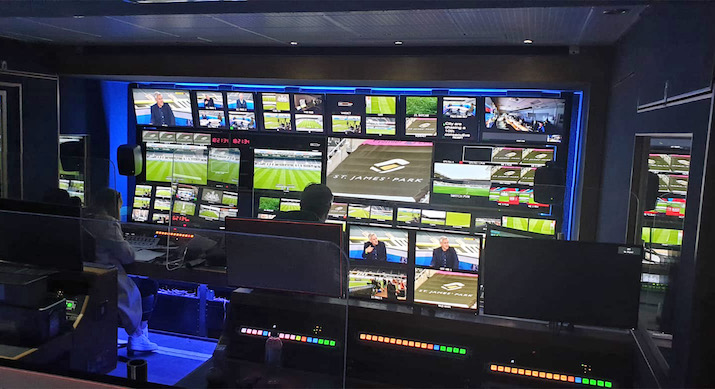 Arena Television delivers coverage of the 2020 FA Cup match between Newcastle and Man City from a remote gallery.

Outside broadcast facilities provider Arena Television ceased trading with asset debts of £282m and virtually no broadcast equipment to show for it, the Joint Administrators’ Report to Creditors and Statement of Proposals has confirmed.

In an official document sent to people and companies owed money by Arena, and subsequently published at Companies House, it is revealed that the group has “equipment finance liabilities” in relation to broadcast assets of circa £282m and that this money is owed to 55 different asset-based lenders.

The report adds that, following a detailed review of the broadcast assets at Arena’s trading address in Surrey, undertaken by the capital asset valuation firm Hickman Shearer, it is “evident that the group does not hold the vast majority of assets purportedly acquired by lenders from certain suppliers and subsequently acquired on hire purchase or finance agreements from lenders.”

“There is a shortfall of several thousand assets resulting in the liabilities of circa £282m which are not supported by underlying assets as the lenders had been led to believe by the group,” it concludes.

Of the £282m that is outstanding, £276.7m is owed to lenders by Arena Television and a further £5.28m is owed by the umbrella company Arena Holdings.

Management informed staff of the decision after receiving an email from the chairman and founder Richard Yeowart that stated that the business had ceased to trade and that the employees were to stop working.

Current and urgent OB jobs were subsequently taken up by other facilities providers with Arena staff offered to those firms to smooth the handover process. No Arena OB units were made available at that time. 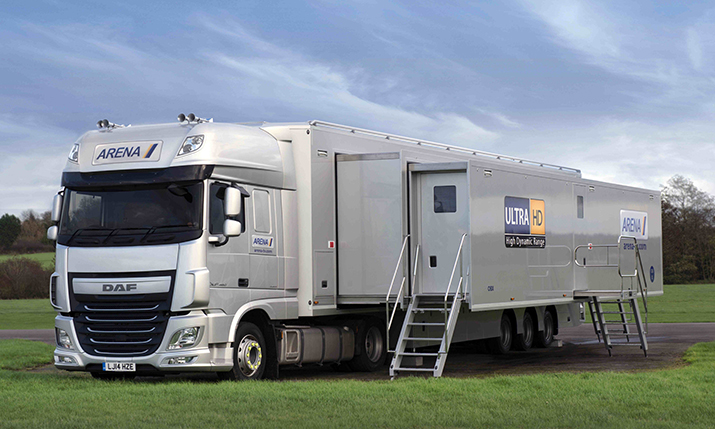 Initially, the joint administrators explored recommencing trading but, as the sudden cessation had caused customers to seek alternative arrangements for their OB work, and with many staff unavailable having either left or taken freelance or other paid work with competitors, and no working capital, this was not deemed possible.

A sale of the company was also considered. 17 different parties from within the industry showed interest, with three offers subsequently received. However, it was not possible to agree on a sale of the business or all the assets as a package.

As a consequence, a breakup sale of the company’s broadcasting assets will be pursued, “by way of auctions and private treaty sales.” This will take place throughout 2022.

The administrators continue to examine the circumstances surrounding the cessation of the company’s trading.

An “urgent and detailed investigation into the group’s affairs” has been conducted that includes the collection of book and records, forensic IT imaging, a detailed review of several years’ worth of bank statements, interviews with various parties involved in the business and liaison with various stakeholders and regulatory and investigatory bodies.

The report reveals that an agent working for a financial lender had been undertaking an asset verification exercise immediately prior to the company ceasing trading and that the results of that procedure may well have prompted the directors to shut the doors.

The report says: “While attempting to verify a serial number with the equipment manufacturer, the agent was advised that no such serial number existed. This caused the agent to query this concern with the lender. The directors appear to have taken the decision to cease trading shortly thereafter resulting in the abovementioned email being sent [to staff]. The directors have not provided any explanation for the cessation of trade or the group’s financial position generally.”

63 staff were employed at the time that the administrators took over the running of the company.

Arena Television is majority-owned by Yeowart. The company’s other director is Robert Hopkinson. At the time of publication, the administrators have been unable to contact either party. Yeowart is believed to be overseas.