Arena Television and dock10 jointly delivered last Saturday’s FA Cup Final between Arsenal and Chelsea for BBC Sport with a remote gallery based at MediaCity UK in Salford. The system was first used during the fourth round of the FA Cup for BBC in February and proved to be a successful demonstration of technology jointly developed by dock10 and Arena Television.

With the COVID-19 pandemic bringing a new urgency to remote production solutions, it has been used and further refined at every round since. For the Final, the remote gallery enabled BBC Sport’s production team to be based in a gallery at dock10 in MediaCityUK, reducing the amount of crew and kit sent on location to the match that took place at a socially-distanced Wembley Stadium.

Peter Love, director of operations at Arena, said: “We started this collaboration with dock10 back in 2019 to help develop a new solution of remote galleries for live sport following the demand from the industry for a reduction in travel to multiple locations. Now in an environment of COVID-19 our new workflow has enabled us to deliver the games for the FA Cup, including the prestigious final, with a reduced crew on site and enabling safe working during this global crisis.”

Love told SVG Europe, “It has been a unique FA cup Final with both major broadcasters remoting a large-scale Tier 1 production from the same venue simultaneously. So from Arena’s perspective it was a pleasure to have been a part of it, having worked on the developing of a robust remote solution for over a year now.” 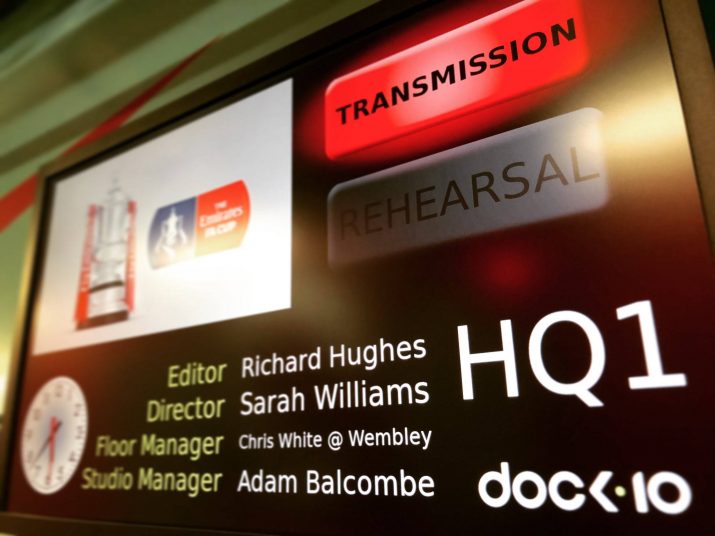 Andy Waters, head of studios at dock10, said: “The impact of the COVID-19 pandemic has accelerated new workflows right across the broadcast industry. We have spent a couple of years now testing and developing a new solution that would change the way sport is delivered to our screens.

“When it was announced that football could return to television, we knew that we had already successfully delivered a safe remote solution for the FA Cup and could roll this out to a wide range of sporting events. It was a real honour to deliver the FA Cup Final.”