Dafydd Rees, deputy director of operations at Arena Television said, “OB17 is a powerful HD-HDR/SDR truck built for assignments such as light entertainment. Its first job was for ITV’s coverage of the Royal Variety Performance last November.

“HD-SDR is still the dominant production format but we are seeing a steady increase in demand for HD-HDR. We chose to buy four Leader LV5350 waveform monitors for the shading suite because they support both HD-SDR and HD-HDR. Their half rack width 3U form factor was also important to us. 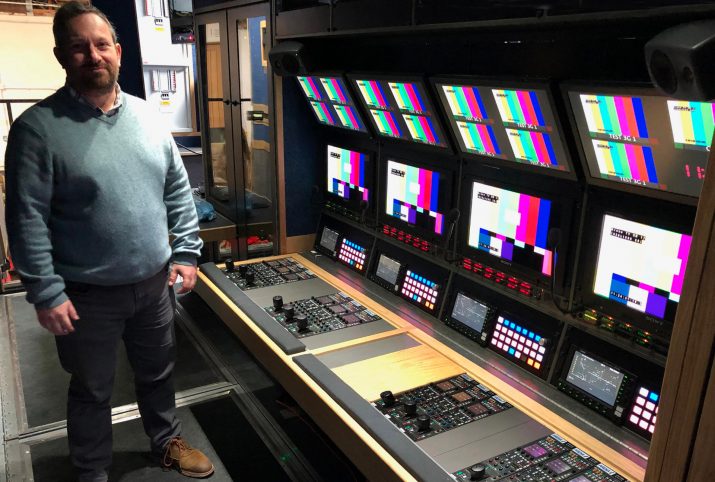 “Having the Leader display directly below the main shading monitor it is an ergonomically efficient way of shading rather than having to look away to a rasterized display on a separate screen. Our production crews find the LV5350 very to use as it provides all the information they need clearly and quickly which is vital when racking a live event.

“OB17 is also equipped with a PHABRIX Qx rasterizer which is used to analyse outgoing signal flow. The Leader and PHABRIX products complement each other rather than overlap.”

It also features Leader’s CINEZONE and CINELITE which are especially popular with camera crews, editors and colourists. Additionally supported by the LV5350 is Sony’s ‘SR Live for HDR’ which allows simultaneous 4K HDR and HD SDR video production.”

Koichi Fukagawa, Leader Europe managing director commented, “HD-HDR looks set to become the preferred production format for many broadcasters as they plan their forward development strategies. It offers much higher image quality than traditional HD, extending into dark-area detail which would otherwise be obscured.

Kevin Salvidge, Leader Europe regional development manager added: “At IBC 2019 we introduced to Europe the LV5900 HD/4K/8K multi-standard waveform monitor. This is designed for a world in which 8K production becomes the affordable norm rather than an esoteric high-end option.

“8K opens the window to a huge increase in image quality, four times the resolution of UHD, but it requires producers to take ever greater care to ensure that improvement is maintained right through the delivery chain.

“A new Leader-developed focus detection algorithm applies nonlinear super-resolution technology even to low-contrast images for which focus errors were previously difficult to detect. That will be particularly appreciated by OB camera crews covering live sport and stage events. Watch this space!”