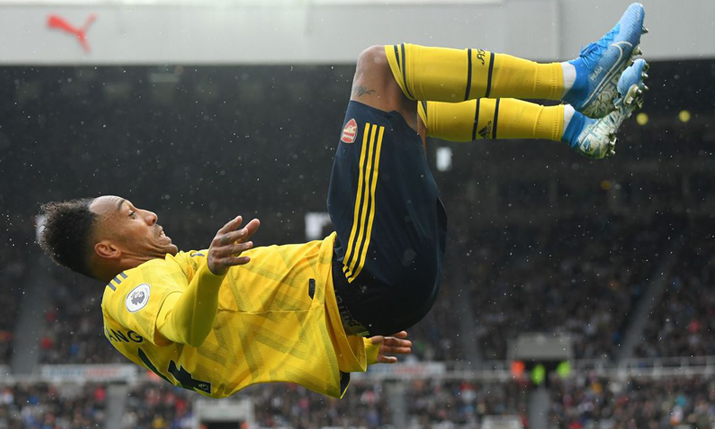 The friendly, played at DSG Park in Commerce City, was shown live as part of the club’s efforts to make the broadcasting of matches more affordable.

Arsenal has an estimated fanbase of more than 100 million worldwide, and today, social media and digital video play a crucial role in engaging those followers. With around 70% of Arsenal’s fans outside of the UK, finding a way to keep those users interested and loyal to the club is vital.

John Dollin, senior product and engineering manager, Arsenal, commented: “70% of the Arsenal’s online audience originates from outside of the UK, and they don’t always have access to matches, so it’s crucial that we develop programming for matches like the one against the Colorado Rapids that we can share with our broadcast rights holders and across our website, apps and social channels before, during and after the match to keep them up to speed.”

Talking to SVG Europe, Dollin continued, referring to Arsenal’s own over the top (OTT) platform: “We offer live and video on demand (VoD), however, we don’t have a linear channel, as yet. Some rights only permit us to show content on our own platform and our own channels one of a few places where we can rightly say we own the relationship with our fans. Presently, we only allow our fans to view videos on our own platform once they have become a digital member.

“The challenge is trying to balance engagement versus our digital membership,” noted Dollin. “Engagement drives an anonymous relationship with our fans which then drives brand awareness, behaviour, and loyalty. This, in turn, can drive KPIs like session time and page impressions for content and sponsored ads. Digital membership drives a deeper relationship with ours fans as we know more about them.

“It allows for a certain amount of personalisation and the club understand our fan base geographically and demographically. This is really helpful when talking to any potential partners for the club. Unfortunately, sign up and registration can be barrier and impact engagement. There lies the dichotomy.”

He noted that live content drives good numbers for new digital members, particularly if the club has the rights to show men’s or women’s football.

He went on: “Typically, the rights to these live events only exist around friendlies. We do occasionally show academy games. It would be great to do more in this area but as we are a free service and the production and distribution comes at a cost. So, budgets and rights are another challenge.”

“We see significant potential in this workflow to ensure fans and commercial partners around the world can access our games and supporting content with greater flexibility and lower costs for us.”

The Switch’s SVP sales, Nicholas Castaneda, commented: “One of the challenges that football clubs like Arsenal have in growing fanbases overseas is developing solutions that cover far-flung geographies and time zones with models that are cost-effective. It can be a challenge for fans in different markets – like my brother-in-law in Florida for instance – to directly connect with Emirates stadium 4,400 miles away. OTT offers English Premier League football clubs like Arsenal and their fans throughout the world the ability to share content directly, no matter where they are.”

The Switch provided the primary feed, a live stadium video contribution for the Arsenal versus Colorado Rapids feed from Dick’s Sporting Goods (DSG) Park in Colorado, to the Emirates Stadium in London via a 15Mbps IP link.

A new AWS Elemental Live encoder in Colorado was fed an identical video source for contribution to the cloud using the AWS Elemental MediaConnect video transfer service, enabling transatlantic backhaul via the AWS network at 40Mbps. Arsenal then decoded the IP-based feed in its London facility to HD-SDI baseband for onward production and local distribution to broadcast rights holders.

Noted Dollin: “It was our understanding that The Switch were cabled into most sports venues in the US. They were the only ones that could supply us a feed from the stadium. The AWS media connect was really interesting and a far more cost-effective solution.”

Asked about the challenges that football clubs like Arsenal face in keeping overseas fanbases engaged, Simon Frost, the head of EMEA Media Marketing at AWS said:

“The opportunity that all sports leagues and clubs have is to continually innovate the fan experience and we have seen multiple examples from MLB, NFL, Formula 1 and most recently, the Bundesliga addressing this with AWS. Services such as Amazon Sagemaker, Amazon Rekognition, and Amazon Personalize are allowing these organisations to build data-driven insights that can be creatively added to the live video experience.

After a successful run for the Colorado Rapids match, Arsenal is now exploring how it might expand its AWS-backed workflow to support weekly deliverables to exclusive rights holders. The club is also looking to Amazon Simple Storage Service (S3) as an archival and back-up option to complement its on-premises workflows.

“We were impressed by how simple it was to set up and deploy a live video backhaul stream from the US to London using AWS Elemental MediaConnect,” Dollin added.

“The stream was as reliable as our primary fibre path, cost significantly less than fibre or satellite, and was better quality. We see significant potential in this workflow to ensure fans and commercial partners around the world can access our games and supporting content with greater flexibility and lower costs for us.”