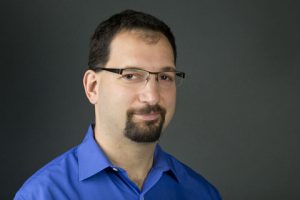 Thankfully, as consumers have come to expect exceptional quality across all of their screens, especially when it comes to their sports, technology is racing to keep pace, moving beyond issues by taking different approaches.

Transmission control protocol (TCP), the transport application traditionally used to transfer content over IP networks, delivers the necessary speed and throughput under normal network conditions, when data moves over shorter distances or when networks aren’t congested. But when the round-trip time (RTT) of a packet transfer inevitably increases with distance, performance and efficiency suffer and packets traversing a network will occasionally drop, especially when moving large volumes of data at high speed.

Today wide area networks (WANs) have become increasingly burdened with huge files and massive volumes of data, with packet loss occurring from oversubscription when network nodes (eg, routers,) along the transfer path drop packets because they arrive at the nodes faster than they can be processed. These losses can have disastrous implications for real time content transport.

Innovations in transfer technology, however, are meeting the challenge. One approach is to bypass TCP’s inherent limitations through a completely different approach. Aspera FASP technology delivers media across any distance at maximum speed, solving big data and media transport issues by eliminating TCP’s underlying bottleneck altogether. A bulk data transport technology, it’s implemented at the application layer as an endpoint application protocol that avoids any changes to standard networking.

For Fox Sports and its broadcast of the 2018 FIFA World Cup, high quality was a criterion but so was the need for reliable, highly efficient remote production. Fox Sports looked to move data, rather than people and equipment, and utilise its state-of-the-art production facilities in Los Angeles to provide coverage and highlights quickly and efficiently throughout the tournament.

The challenge was significant; traditional long haul video transport solutions, such as satellite or fibre, is costly and would require significant investment in infrastructure and equipment at both locations; equipment that would likely be outdated in a few years. On the other hand, Russia is a long way from Los Angeles, and the network infrastructure in Russia is not as robust as in Europe or the US, which would make traditional video over IP solutions impossible.

In terms of personnel, hours and scale, the event was the largest production in FOX’s 20-year history. Coverage included 320 hours of original broadcast content and more than 1,100 hours of original content. Plus, all 64 matches were broadcast in both HD and UHD, more than in the four previous World Cups combined.

For its match coverage, Fox planned to ingest 20 HD-SDI feeds and two UHD-HDR feeds per match, which was expected to create one petabyte of content over the entire tournament. A new live production workflow had to be created so that the production team in Los Angeles could edit and deliver content within seconds of live action for playback of match highlights during the halftime show and other bridge programmes. Due to the quick live turnaround, the team in Los Angeles needed to edit while the matches were ongoing; waiting for transfers to be complete before editing was not an option. The operation needed to be within seconds of the live action to meet audiences’ expectations for live viewing.

Aspera’s FASPStream technology allowed the Fox production team to transfer files from Russia securely and reliably over commodity internet networks for editing, while Telestream Lightspeed Live Capture provided baseband encoding of real time HD and UHD into production-grade video file formats. Editing, transcoding, packaging and other downstream workflows were able to start immediately, significantly shortening the production cycle and increasing the value of the produced content, delivering it to the audience when they wanted it.

The new workflow also eliminated the need for baseband routing and utilisation in Los Angeles by delivering professional production file formats directly to the edit, archive and playout system. It also avoided tying up costly point-to-point backhaul systems such as direct fibre and dedicated satellite links, instead offering continuous bi-directional availability throughout the event via standard internet data connections.

Together, the solutions enabled a large scale, live contribution and production workflow never before possible and drastically reduced production costs. Fox Sports estimated that the new workflow reduced the relocation of production and editorial staff on-site by up to 75 people during the four-week tournament.

Serving up quality in Australia

Switzerland-based Sportradar collects and analyses sports data and digital content such as live results and statistics, and offers whitelabel digital sports content for bookmakers, sports federations, and media companies. In addition to more than 60 league and federation partnerships worldwide, exclusive agreements with big-name organisations like the NBA, NHL, International Tennis Federation, and NASCAR, and clients that include Turner Sports, Twitter and Facebook, Sportrader also has a live streaming service for online and brick-and-mortar bookmakers that provides exclusive content for nearly 40,000 live events annually. The company works with various rights holders and production companies each year to produce wide-ranging event coverage.

By integrating Aspera FASPStream into its existing workflows, Sportradar was able to fully utilise bandwidth glitch-free and with negligible latency, regardless of distance or network conditions. The solution delivered multiple encrypted and error-free, high bitrate streams simultaneously over the 14 day event. The solution’s multicast handling, contribution monitoring and low latency delivered coverage from the main tournament’s 409 matches, 805 matches in total, over the entire event.

Successful live streaming business models must start with contribution, the ability for content owners, rights holders and broadcasters to acquire content in near real time, securely and reliably. Only then can features like in-app vignettes, real time interactivity and more, become feasible.

Economics are, of course, always a factor. It’s not enough to quickly and reliably move live content where it needs to go, the infrastructure and system that delivers it must be cost effective. Making high quality remote production and live event streaming coverage practical and economically viable is extraordinarily exciting. It will further democratise content, opening the door not only to more streaming global programming but also to more niche and specialised content finding an audience.