IBC 2019 confirmed that an increasing number of manufacturers are taking steps to help broadcasters who wish to avoid using a physical audio control surface for certain productions. Calrec and Lawo were among the companies exhibiting systems offering one form or another of virtualisation – a trend that is largely attributed to the need to save space and/or enable more versatile workflows.

Henry Goodman, head of sales & marketing at Calrec, confirms that virtualisation has been gathering speed for several years now. “There are plenty of people who want to remove the physical control surface,” he says, “and it’s for several main reasons: flexibility, space and, of course, cost.”

A workflow that automates the main audio functions and – in the less complex applications such as sports news or local reporting contributions – may even remove the requirement for dedicated audio personnel altogether also “holds the potential for reductions in cost in terms of personnel,” adds Goodman. 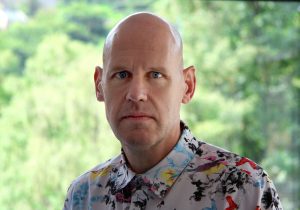 Individual design approaches vary considerably, but in general this new generation of systems involves the channeling of audio processing and primary functionality into modular and/or rack-based systems. Control is achieved via software (frequently the same as that installed on full systems with control surfaces) on standard IT hardware and/or mobile devices, or through the means of third-party controllers.

The fact that this trend also marks a decline in demand from some quarters for physical control surfaces surely makes it something of a double-edged sword for manufacturers. But Goodman is inclined to take a positive view and look at this in the context of “the overwhelming tendency of broadcasters to be wanting to produce more content. It’s not about reducing content – it’s about making even more of it.”

Calrec’s own latest development in this direction is the VP2 virtualised mixing system. “If you look at our recent history you could say that the VP2 has come about as a result of the RP1 development, which is our remote production unit and is basically a mixer in a box,” explains Goodman.

Exhibited for the first time at IBC in September, the VP2 has no physical control surface and utilises Calrec’s Assist software for setup and control, which can be accessed from multiple locations by a web browser. The system’s 4U core is available in three DSP sizes – with 128, 180 and 240 input channels – and incorporates Calrec’s Hydra2 networking technology. In addition to the web-based control capability, the Calrec Serial Control Protocol (CSCP) makes it possible for the audio console to be completely controlled by an automation system.

This multi-control functionality means that, for instance, a technical director/operator can be assigned basic control functions – possibly in a day-to-day production context – whereas a more specialised engineer would be required to fine-tune the set-up or recall different setups.

Response to the VP2 so far has been “very positive”, says Goodman, who believes it resonates strongly with “broadcasters who are both wanting to do more remote production and also automate some of the more straightforward tasks. I think it’s something that is going to become even more popular over the next few years.”

“As time has gone by people have grasped the potential of the technology to do larger events: for example, up to about 20 cameras” – Henry Goodman, Calrec

Local news and sports contributions that might typically involve a minimal complement of technical staff are among the applications cited as being ideal for the system. But Goodman expects that, as with the RP1, the VP2 could ultimately be deployed for more ambitious projects: “When we started thinking about making a product for remote production, [our attention focused on] events with perhaps four cameras and eight microphones. We saw there was a way by which money could be saved in providing [coverage of] events to more niche audiences.

“But as time has gone by people have grasped the potential of the technology to do larger events – for example, up to about 20 cameras. So we have observed people using the technology in ways that we hadn’t envisaged initially; I could see the same happening [with VP2].”

‘Simplifying the use of studios’

Lawo has also been active in this area with developments including the mc² Micro Core standalone audio processing core, which is “in a way, just a mixing engine without operating surface,” says senior product manager Christian Struck. “However, like all Lawo systems with practically all their parameters, it can be fully remote-controlled via interfaces like Ember+. Thus, the Lawo systems make it possible, in particular, to automate programmes of lesser complexity, such as news broadcasts.” 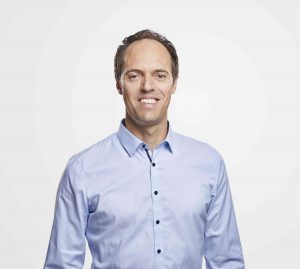 The trend towards simplifying “the use of studios and [having] control rooms operated by fewer staff” has been in progress for several years, says Struck. “In an effort to reach high-efficiency production workflows, it has become common to run automation routines for the audio domain without operators sitting in front of a full-blown console mixing all aspects of sound manually. In a more and more automated and virtually-designed workflow, operators are often using a small fader panel when there is a need to intervene.”

But Struck firmly rejects the idea that we are on a trajectory that could eventually see physical consoles being rendered redundant in OB trucks. “OB vans are clearly designed as mobile PCRs and ACRs, and are mainly used for ambitious projects – and therefore represent the direct opposite of self-op control rooms,” he says.

“These kind of productions definitely require an audio console with a cleverly laid-out intuitive operating surface as an ergonomic user interface – it cannot be spared. However, there are other areas in which the spatial issue plays an important role, such as rack space and power consumption. Besides more efficient use of space for workplaces and reduced overall weight, this also has a direct positive effect on the OB’s air-conditioning system in terms of achieving a better energy balance.”

“Besides more efficient use of space for workplaces and reduced overall weight, this also has a direct positive effect on the OB’s air-conditioning system in terms of achieving a better energy balance” – Christian Struck, Lawo

But whilst the need for physical control surfaces will remain, the desire for processing systems that support more flexible patterns of working is likely to grow further. In this regard Lawo has recently developed the A_UHD Core 1RU processing core.

“Utilising the IP network as an extension of the console core’s backplane, the A_UHD Core can be located anywhere on the network,” says Struck. “Its 1,024 fully featured DSP channels can either be utilised by a single mc² console for coping with even the most challenging productions or be shared among up to four consoles.”

As with so many developments in broadcast audio, it is likely that the more personnel become comfortable with the idea of sometimes working without a control surface, the more it will be applied to a greater range of content. For lower league productions or coverage of more niche sports events faced with greater budgetary constraints, there is bound to be a particular appeal to being able to circumvent the use of a physical surface.

Hence it’s something we are likely to see more of as broadcasters work to deliver increasing volumes of sports content in as cost-effective a manner as possible.