December 2017 brought the unexpected news that Solid Stage Logic (SSL) had been acquired by audio console group Audiotonix, which was already home to DiGiCo, DiGiGrid, Calrec and Allen & Heath.

The addition of SSL – whose original focus on the music recording market has gradually expanded to encompass interests in broadcast, live and fixed install – heralds the prospect of further valuable knowledge-sharing and collaboration between brands.

Founded in 1969 by Colin Sanders, SSL has more recently been majority-owned by musician and activist Peter Gabriel, who retains a minority share following the Audiotonix acquisition. Although the commercial studio market that fuelled SSL’s growth in the 1980s and early ‘90s is now substantially diminished, the company has continued to develop rewarding new customer bases with major product launches including the Duality and Live series consoles. 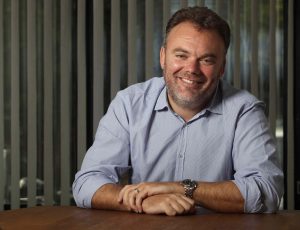 James Gordon, CEO of Audiotonix and Managing Director of DiGiCo

James Gordon – who is CEO of Audiotonix and Managing Director of DiGiCo – recalls that the conversation with SSL began “two years ago, just in terms of expressing an interest in the business, and then a year ago those conversations became more serious and formal negotiations moved on from there. In terms of why [we wanted to acquire SSL], that stems from our overall interest in strong brands that have an amazing history as well as great loyalty and support from their customers. SSL is just one of those brands that stands out in the market with a pedigree and technical reputation that we felt we could help continue develop and grow.”

One of the fundamental principles underlying the development of the Audiotonix group since it was established in 2014 has been to allow the individual companies “to have much of their own infrastructure and resources, and as part of a larger team we will start to adapt and share where it makes sense. That’s a two-way street, too, as there is much to learn from the different groups at SSL that we can share across the Audiotonix group.”

As might be expected given that the deal was announced only a few months ago, it’s still fairly days for the new arrangement. “Right now we are at the stage where different teams have only recently begun talking to each other and sharing information, so the actual impact [on operations] is pretty minimal,” says Gordon.

Over the longer-term Gordon is confident that the addition of the SSL R&D operation to the wider Audiotonix group will benefit all of the constituent brands. “Each brand drives its own development schedule so its clients get the right products at the right time,” he confirms, “but as a group we invest heavily in R&D, which brings benefits to all the brands, and that overall combination ultimately means SSL customers will end up with improved product.”

In this context it can hardly be seen as a hindrance that the SSL R&D team has been so apparently fruitful over the last few years. In 2017 this resulted in what SSL Managing Director Antony David describes as “significant developments” in all three of the company’s key markets: live, recording studio and broadcast.

The SSL Live series expanded with the addition of the smaller L200, whilst the recording studio product range “benefited from the roll-out of Delta Control dynamic automation, which stores mix automation data in the DAW’s session and tracks edits made to the timeline.” On the broadcast side, the System T digital networked system grew with the addition of new I/O options and the introduction of the S300 compact control surface.

SSL has also been responding to broadcasters’ needs for increased flexibility in both studio and OB applications. Hence the new System T Tempest Control Rack provides a console without a control surface that can also serve as a flexible fly-pack solution for portable applications. Perhaps inevitably, the R&D team has also invested considerable time and resources in the development of new AoIP solutions, geared towards its live and broadcast customers.

Although it’s relatively early days for immersive audio as a mass-adoption tool in broadcast, the possibilities for enriching content – not least sports – are increasingly on the mind of channel controllers. Accordingly, SSL will showcase some major additions to System T at NAB 2018, including ‘appified’ software, DAW control and immersive audio capabilities.

“SSL’s immersive audio implementation for System T places support of next generation immersive audio for ATSC 3.0, Dolby Atmos and MPEG-H at the heart of the console architecture,” says David. “This will include expanded channel and bus formats, from mono to 7.1.4 to provide multi-channel beds with two or four overheads, and object bus routing direct to the authoring unit. To support this, it will have full-featured 12-channel monitoring, 3-dimensional panning, 7.1.4 metering, and expanded internal FX.”

Elsewhere on the NAB showfloor, fellow Audiotonix brands will also be showing new wares. DiGiCo will exhibit its new 4REA4 performance audio installation platform in the USA for the first time, whilst Calrec will introduce the Type R. Full details are still under wraps at the time of writing, but Gordon describes the console as “marking a return to the radio world with a fantastic IP-based solution which looks incredible too”.

Both David and Gordon assert that the existing synergies across the SSL range will serve the brand well as it moves into the future as part of the Audiotonix group. There is also a feeling that – rather than there being any need for reinvention as such – the onus will be more on continuing to nurture the profile and reach of a brand that is already well-respected worldwide.

“SSL’s engagement with the live, recording studio and broadcast markets enables it to leverage technologies across the three application areas where there is much commonality,” says David. “This is, and will continue to be, one of the company’s major strengths. The degree of commonality between the Live and System T ranges is evidence of this. There are some very exciting developments planned for the coming months and years, but these will have to remain under wraps for the time being.”

Gordon adds: “SSL is a piece of audio history and is still one of the most recognised pro audio brands in the industry – and they have great product and service to back this up too. When we originally looked at the company the feedback on how good the customer connection and support services performed was excellent, and now they’re on board we haven’t been disappointed. That means we have a lot of the right pieces in place already, so it’s more about giving the brand a boost in confidence and to keep developing those values and services that resonate most with current and future SSL clients.”