BAMTECH Media Europe has launched a new Transmission Operations Centre in Amsterdam to support clients including those working on the biggest live sports events this winter. Through a partnership with Discovery Networks, BAMTECH Europe provides technology services to a range of clients across the continent including Eurosport’s digital products. 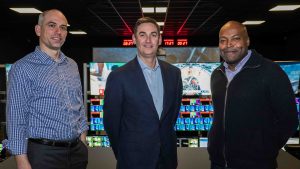 SVG Europe caught up with BAMTECH Media Europe Managing Director Bill Martens and worldwide SVP of Media Operations Roger Williams to discuss what the new Amsterdam TOC will mean for the European market, following the official unveiling of the facility earlier this month.

Bill, to start off can you paint for our readers the ‘big picture’ of where BAMTECH has come from and where the business has got to now, in a European context?

Bill Martens: “BAMTECH is a global leader in streaming live and on-demand video direct to the consumer. It was formed out of Major League Baseball Advanced Media, which started streaming live video over the internet in 2002 and has been innovating ever since. We have leveraged the technology over the last fifteen years to build a proven and scalable platform. Today we provide that platform as well as other services to third parties to power their OTT solutions.

“Some of those clients include WWE, which as you know has built a significant business streaming directly to its fans. We’ve supported Wrestle Mania for many years. Additionally HBO came onto to the platform some years ago with its HBO Now SVOD product, which was their first foray into direct-to-consumer. Another example is Sony Vue, which was the first digital MVPD in the United States to offer both national and local cable channels – over 400 channels in total [to date].

“So we’ve built a big portfolio of clients in the US and we felt it was important to expand internationally, for two reasons. First, there was clearly an opportunity in Europe where we see so many of the same trends in terms of transformation of the industry and we think we can help media and sports companies in Europe navigate and capitalise on those changes.

“Secondly, many of our existing customers operate global services and so we provide content services to more than 200 different countries. In order to continue to support those clients and improve our support for their services we felt it was important to have infrastructure and operating personnel on the ground in Europe – in the same time zone, closer to the client.

“BAMTECH Europe, which is the base of our European expansion, is a joint venture set up with 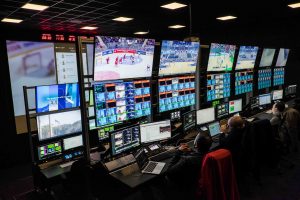 Discovery Communications in 2016. So not only are they our partner but they’re also our first European client. Eurosport Player is their product and we recently migrated Eurosport Player over to our platform. It is now available in 69 territories with 14 different languages and six different currencies.

“That migration effort was a big win for us over the past year and it really gave us an opportunity to start to solve some of the unique challenges in the market in terms of complex entitlements, offering user experiences in multiple languages, and accepting different kinds of payment options and currencies. We were able to cut our teeth, essentially, on the Eurosport project and we now feel like we can hit the ground running in Europe and start to provide some of those services to other clients – not only sports entities but other media companies as well.

“So we opened up headquarters in Amsterdam and in addition we recently opened our first Europe-based Transmission Operations Centre, which was purpose-built to support media clients over to Europe.”

Roger can you talk us through the new Amsterdam TOC in terms of its architecture and capability. Did you work with other tech partners or systems integrators on the project?

Roger Williams: “Before now everything was sourced, from a media and software computing perspective, from the United States even though we have distributed across the globe. Now we have the reach and ability from a media handling, distribution and software engineering services perspective, to actually deliver within a European context.

“The new Transmission Operations Centre is charged with handling all of our live content in terms of acquisition and streaming distribution to all our end users. The flexibility of the new Amsterdam centre allows us to manage Command and Control of live media content from anywhere in the world, alongside our existing centres in San Francisco and New York.

“It’s a mix of in-house and proprietary-built technology. We rely on internal-built custom technologies to be able to administer the thousands and thousands of live feeds for which we are responsible. They are off-the-shelf solutions, fit for purpose for what we do. It’s unique in both scale and aggressiveness of feature-set, which we have historically done in terms of proprietary Command and Control infrastructure.

“All in we’re several hundred people across the globe: right now we’re flexing in terms of going up and down with on-board people in Europe, in preparation for some of the big events coming in the future. It can rise up to a few dozen in Europe then settle down to a smaller base. It’s really not so much personnel-focused rather than having the capability to capture and manage all these different feeds across geographies.

“Our main objective, in terms of readiness of the TOC, was to be online and operational in advance of the Winter Olympics. It was our target to be able to handle that expanded capacity.

“[We have] the ability to have special handling and administration of broadcast quality distribution at some of the highest levels of video quality: the in-house tech we do to administer, deliver and process all that media content for fitness of purpose is unique in terms of its advanced in-built architecture and capability.”

Bill can you comment on your overall ambitions for European market, and also the recently announced acquisition of BAMTECH by Disney. What might that mean in terms of its stated intention to introduce ESPN-branded streaming services here in Europe?

Bill Martens: “Our goal in Europe is really to replicate the US business. Right now our focus is primarily on supporting the Winter Olympics and supporting our anchor client, Eurosport. 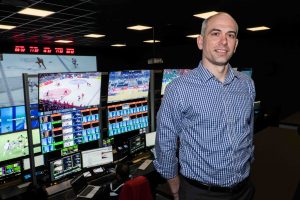 European MD Bill Martens: “Our goal in Europe is really to replicate the US business”

“The plan really is to start to on-board additional clients, not only within the sports industry where we’re particularly well known, but also on the media side. We think there’s a lot of opportunity here and we’re seeing a lot of the same trends we’re seeing in the United States – although of course it is unique market-by-market in Europe I would say.

“In terms of the Disney acquisition we’re very excited to be playing a role in Disney’s new direct-to-consumer strategy — but from a tech services perspective it’s business as usual. We’re going to continue to expand our operation in Europe as we on-board new media providers.”