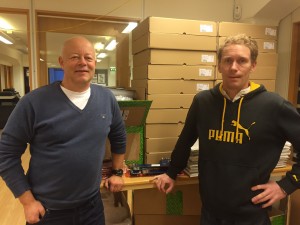 Barnfind has announced that it has been awarded another large contract for a world-renowned racing event. The customer chose Barnfind as the main supplier for the 2017 international racing season following an intense evaluation process of competitive solutions citing Barnfind’s BarnOne all-encompassing concept as a major factor.

The BarnOne platform comprises routing, distribution and multiplexing of signal formats including video, audio and data for the broadcast and telecom markets.

Barnfind’s recent introduction of its signal redundancy path, standard in BarnOne frames but typically offered as an option by software providers or manufacturers of enterprise-size routers, ushers in a new era of increased functionality. Configuration of any signal redundancy via the all-inclusive BarnStudio control software, or via various NMS suppliers including openGear/DashBoard from Ross Video provides users with choices to control the total workflow with ease.

“Through continuous product development, Barnfind has won many sports contacts in recent years and we look forward to build on these successes in 2017 and beyond,” says Wiggo Evensen, CEO of Barnfind.