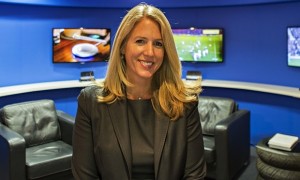 Delia Bushell, BT TV and BT Sport MD: “We are delighted to be extending our partnership with the FA”

The BBC and BT Sport have retained the rights to The FA Cup until 2021, after the broadcasters reached agreement with the FA to extend their shared coverage of the competition for another three years. The Football Association has confirmed the extension in a joint announcement which will see the most famous cup club competition in world football continue its strong coverage across the BBC and BT Sport.

On the BBC, Gary Lineker will continue to lead presentation duties with coverage remaining true to the history and heritage of the FA Cup journey whilst delivering technological innovation that brings audiences closer to the action than ever before via a personalised digital offering. Fans will be able to stay up to date with all the drama and action across TV, radio and digital platforms available to them anytime anywhere.

BT Sport will broadcast more FA Cup matches than ever from 2018/19, when they will show an extra live match in Rounds 1-5 of the competition, covering up to 30 matches exclusively live each year. From next season, fans will be able to enjoy enhanced FA Cup coverage in Ultra HD and on the innovative BT Sport app, with its market-leading functionality launched this season when BT Sport became the exclusive home of the UEFA Champions League. BT Sport will also continue as the home of FA Development football, covering England U17, U19 and U21 matches exclusively live on BT Sport.

The new deal will also see an enhanced commitment to women’s football from both the BBC and BT. The BBC will offer live coverage of international qualifiers, the Women’s FA Cup final, plus one England Women’s friendly match per season alongside additional live matches and The FA Women’s Super League highlights. BT Sport will remain the exclusively live broadcaster of The FA Women’s Super League and from 2018 will show both Women’s FA Cup semi-finals exclusively live, the Women’s FA Cup Final and England Senior Women’s home friendlies.

Furthermore, the BBC will work closely with key BBC brands to increase the profile and reach of the FA People’s Cup in order to drive participation, and BT will invest in grass roots women’s football, in partnership with the FA.

Barbara Slater, Director of BBC Sport says: “We are delighted to retain the rights to broadcast the most famous domestic cup competition in the world on free to air TV. The renewed deal will bring audiences closer to the action than ever before via an innovative digital offering across all platforms and showcase our commitment to the women’s game. FA Cup coverage on the BBC will continue to unite the nation through must see sporting moments, captivating audiences of all ages.”

Delia Bushell (pictured), managing director, BT TV and BT Sport said: “The FA Cup is a fantastic competition which is loved the world over, and we are delighted to be extending our partnership with the FA. We will continue to support the FA with more live matches and ground-breaking Ultra HD and digital coverage. BT Sport audiences are up nearly 50% this season which demonstrates how popular our coverage has become with sports fans. We’re proud to be the only place to follow all the best football competitions: The FA Cup, Premier League, UEFA Champions League and UEFA Europa League.”

Martin Glenn, FA chief executive, said: “The Emirates FA Cup has enjoyed record viewing figures, with 7 million alone watching Tottenham’s Third Round tie against Leicester City, outstripping all viewing figures for club matches in England this season, both domestically and in Europe. It is a competition loved not only in this country but throughout the world, as demand for broadcast rights globally highlight.”