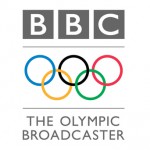 The BBC has detailed its ambitious plans for multiple-network coverage of the Olympics as well as a new streaming player that will deliver up to 24 live streams of content. “The London 2012 Olympic Games is likely to be the biggest sporting event in the UK in our lifetimes, and the BBC’s coverage will ensure that our audiences need never miss a moment,” says Roger Mosey, BBC director, London 2012. “As the nation’s broadcaster, we are committed to ensuring that viewers get the most from their Olympic experience, and our comprehensive coverage will deliver on that promise.”

Mosey says the BBC will have live coverage of every Olympic Sport from every venue, through a combination of BBC One and BBC Three, plus up to 24 simultaneous streams live online on PC, mobile, tablet, or connected TV.

“These services will be complemented by coverage on Radio 5 live, mobile, and tablet, while the majority of cable and satellite viewers will be able to access the 24 channels on their providers’ platform through the BBC Red Button,” he adds. “Alongside our Sport offering, our News services will be providing impartial news coverage on all the big Olympic stories for the duration of the Games.”

The 2012 London Olympics will represent the 15th Summer Olympic Games broadcast by the BBC, a sequence that began with the 1948 Games in London and has run unbroken since the 1960 Games in Rome. 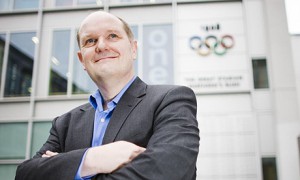 This will be the first truly “Digital Olympics”, with the BBC offering viewers the most comprehensive coverage of an Olympic Games ever. Audiences will be able to access coverage through multiple platforms including TV, radio, and online across four screens: PC, mobile, tablet, and connected TV (including smart TVs and games consoles) and BBC Red Button, regardless of the time of day and where they are.

For the first time, the BBC will be providing live coverage of every Olympic Sport from every venue throughout the day. This will amount to around 2,500 hours of live action, over 1,000 hours more than with Beijing 2008.

A 24-hour, temporary digital radio station, Radio 5 live Olympic Extra, will complement BBC Radio 5 live and BBC Radio 5 live Sports Extra for the duration of the Games. These stations combined will bring round-the-clock news, commentary, and coverage, with the majority of the stations’ output coming live from the Olympic venues around the UK.

At bbc.co.uk/sport, users will have access to an enhanced and interactive video experience. Here viewers can watch live HD video coverage, switch among 24 live video streams, rewind live coverage, and access live data, statistics, and information while watching the action. The site also offers pages for every sport, athlete, country, and venue and immersive coverage that includes live updates and comments from across social media. There will also be video and text guides to all the sports, as well as an activity finder where those inspired to have a go at sport can find out about sessions near them.

9.00am-12midnight: Every Olympic sport from every venue through up to 24 simultaneous, HD-quality, live Olympic streams. 24 channels are also available to cable and satellite viewers through the BBC Red Button.

6.00am-9.00am: BBC One/BBC One HD. Olympic Breakfast. A combination of Hazel Irvine and Bill Turnbull or Chris Hollins and Sian Williams start the day with a look at the main stories from the day before and the highlights from the day ahead, also incorporating national and regional news and weather.

11.30am-1.45pm: BBC One/BBC One HD. The live action continues into the afternoon with Matt Baker, Clare Balding, or Hazel Irvine.Focus will remain on the athletics, rowing, and swimming heats, plus other events, including the men’s triathlon.

1.45pm-4.00pm: BBC One/BBC One HD. Clare Balding, Jake Humphrey, or Hazel Irvine takes on the baton, focusing on the conclusion of such events as the cycling road races, tennis finals, equestrian, and diving.

7.00pm-10.35pm: BBC One/BBC One HD. Gary Lineker takes us through the evening and into the night with action from the competition finals, including the athletics and swimming.

10.40pm-midnight: BBC One/BBC One HD. Gabby Logan, in the company of star guests from the world of sport and beyond, focuses on the stories and personalities that have dominated the day and looks at the sport still in progress.

Coverage switches from BBC One to BBC Two during the main BBC News bulletins.

9.00am-7.00pm: Manish Bhasin, Rishi Persad, or Sonali Shah will complement BBC One with some of the best action from the 26 sports at the Games.

7.00pm-11.00pm: Jake Humphrey presents the best of the live action from the football, hockey, boxing, and basketball.

BBC News will be bringing viewers all the stories from inside and outside of the Olympic venues, 24 hours a day, on the usual BBC One bulletins, the BBC News Channel, and bbc.co.uk/news.