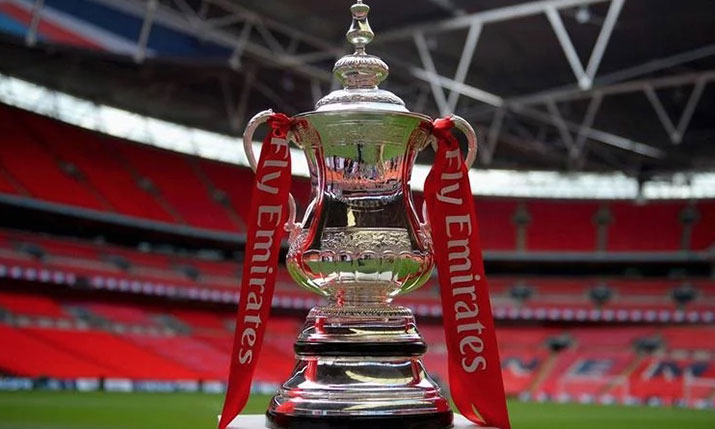 BBC Sport will make a pop-up channel available this weekend to show action from the fourth round of the FA Cup.

The channel will show live games, classic matches, highlights and all the goals and will be accessible via its iPlayer service.

The FA Cup Channel will be the first pop-up channel to be made available on iPlayer.

Steve Rudge, BBC lead executive for football, said: “This new pop-up channel on iPlayer will give us the ability to give football fans far more FA Cup action than they could ever get on our linear channels, plus we’ve chosen some pretty tasty games from fourth rounds in the past for fans to sink their teeth into too.”

All the live games will feature on the channel, including Brentford vs Leicester on Saturday and holders Manchester City vs Fulham and Shrewsbury Town vs Liverpool on Sunday.

For each match, fans will be able to choose between the commentary from BBC1, BBC Radio 5 Live or to watch the match with no commentary at all.

On Saturday, fans will also have the option to turn over to watch the Women’s FA Cup fourth round derby as Manchester United taken on their local rivals Manchester City.

The channel will also feature some classic FA Cup matches taken from the BBC archive, including Luton’s famous 2006 tie against Liverpool, and Manchester City’s iconic 2004 fourth-round replay against Tottenham Hotspur.

There will also be edited highlights of Bradford’s 2015 fourth-round victory over Chelsea.

Dan McGolpin, the controller of BBC iPlayer, added: “The FA Cup pop-up channel will be available exclusively on BBC iPlayer all weekend and is a great example of the Total TV experience that you find there. It will be the place to enjoy all of the build-up and all of the goals, the live 4thround ties with your chosen commentary feed and some classic matches from the world’s original cup competition. Whatever kind of drama you are passionate about, BBC iPlayer is a great place to watch.”