Round Four of the 2020 Men’s Six Nations rugby championship sees England taking on Wales in Twickenham this Saturday 7 March with Scotland battling France in Murrayfield on Sunday. The Ireland vs Italy match scheduled for Saturday in Dublin has been postponed due to fears over the Coronavirus.

BBC Sport is host broadcaster for Six Nations matches in Cardiff and Edinburgh this season and on Sunday will again engage the Batcam 2.0 UAV as part of its TV production armoury. The new Batcam 2.0, introduced last summer, features a zoom lens and updated stabilisation system. The camera drone team, consisting of pilot, camera operator and RF engineer, will be on hand at its dedicated zone to capture aerial shots around the stadium. 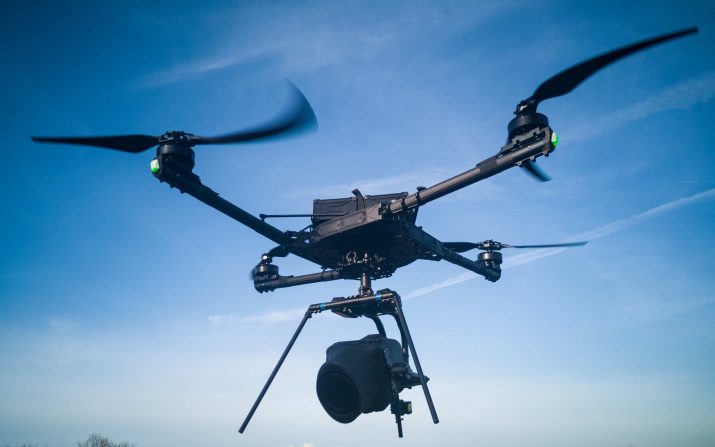 Batcam CEO Jon Hurndall told SVG Europe, “the 2.0 features a new zoom lens. The original Batcam was fixed lens. This meant our operating zone had to be as close as possible to the action, so sometimes it could be quite tricky to find a suitable area in which to operate.

“Now we have a five-axis stabilised zoom up to 240 ml on the lens and the image is really stable and steady. This means we can actually be less choosy about our operating zones around the grounds. Five-axis stabilisation gives us ultra-stable shots in the air, much the same as helicopter gimbals – but a lot lighter and cheaper.

“Basically it enhances the output on coverage,” said Hurndall. “A good example is the Murrayfield area in Edinburgh, where our operating zone is quite far away from the stadium – about 500 metres. In the past we were offering pretty wide shots of the stadium and surrounding areas – which we can still do of course – but in addition we can now zoom in through the opening of the stadium roof, plus capturing trains arriving at the station and closer views of Edinburgh Castle. We can add a lot more shots than we could in the past.

“This is the first time [for 2.0] on the Six Nations. We’ll also be at Cheltenham next week for the Festival. It will be our first time there with 2.0. It’s also at all the FA Cup events this week and the Champions League next week. It’s quite a busy couple of weeks.”

Hurndall told SVG Europe the majority of Batcam’s work is currently based in the UK, due to the requirement to work very closely with the Civil Aviation Authority in order to obtain licenses to operate within congested areas.

“However, we will be doing a lot of stuff outside the UK this summer. Things are changing: in July this year the UK is going to transition to the European aviation rules, on drones especially. I think there’s going to be a big shift in having pan-European rules and this should make it a lot easier for us to operate around Europe.”

In relation to other innovations in the camera drone area Hurndall said, “with the CAA we’ve been waiting for a new four-engine system, which will enable us to fly the Batcam 2.0 gimbal for around 20 minutes at a time. This will be a big step-change in our flying times.

“20 minutes continuous flight – that’s the next thing in terms of our aerial cameras. We’ve got the systems in place; were just waiting for the regulation to come through, hopefully in the next couple of weeks.”