In his new role, Andrews will lead on all of Channel 4’s sports coverage including the 2020 Summer Paralympics from Tokyo and its 2019 Formula 1 coverage. 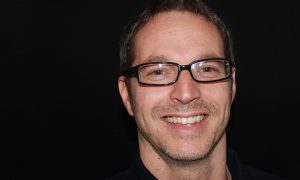 He replaces Steve Lyle who has left to join another broadcaster, understood to be the BBC.

Andrews (pictured, right) has more than 20 years’ experience of working in sports production.

He has worked on six Olympic Games and nine international football tournaments and directed broadcasts of four Wimbledon tennis finals.

The Salford-based producer was also the BBC’s lead producer of its FA Cup coverage from 2014 to 2018 and was the lead director for its Winter Olympics broadcast from Sochi 2014 and Pyeongchang in 2018.

Havard said of the appointment: “Pete has an extraordinary track record of producing world-class coverage of some of the biggest global sporting events. He is also one of the most popular and respected figures in sports broadcasting and we’re hugely looking forward to him joining Channel 4”

Andrews, who will start his new job in March 2019, added: “Channel 4 has had a huge impact on sports production in the UK and I’m thrilled to be joining a broadcaster that’s renowned for its innovation and ambition.”

In addition to its Paralympics rights, and a content swap deal with Sky for F1 coverage, Channel 4 also holds the rights to show nine live games per season in the European Champions Cup rugby until 2022.