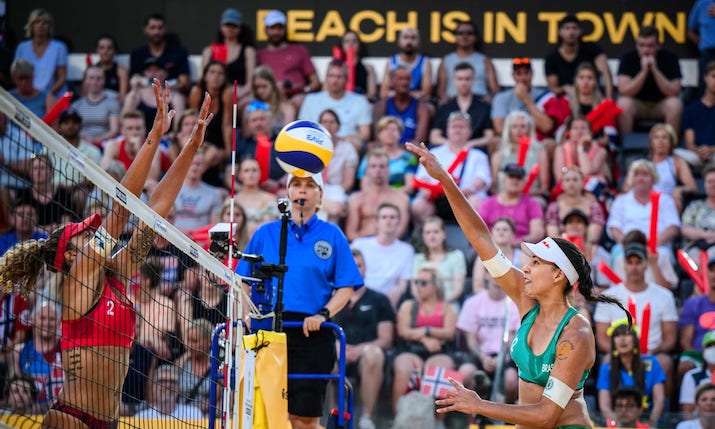 The records did not stop there either. Across Volleyball World TV and owned social media channels, 25 million impressions were recorded from 9 million unique viewers – an all-time high for beach volleyball’s flagship event, which ran from 10-19 June.

It also saw the biggest broadcast coverage in Beach Volleyball World Championship history with 17 broadcasters, including SRF, RAI, CBC, ESPN and ARD/NDR, beaming the action on the sand live around the globe.

“To see the interest in beach volleyball continuing to reach these audiences via new mediums gives us huge encouragement as we strive towards bringing top-class entertainment to more and more fans around the world.

“It goes without saying that we are looking forward to building on this further next year, at the championships in Mexico.”

Throughout the championships, athletes, broadcasters and sponsors were fed tailor-made highlights via video editing programme WSC.

WSC uses AI to create highlight content in real-time and publishes it across Volleyball World’s network and its partners, to allow fans to quickly and seamlessly get the best and most relevant match and tournament highlights.

Taylor added: “With rich and engaging video just a single click away, it has never been easier for athletes and sponsors to push content to their fans. The level of engagement during the championships shows just how valuable these innovative resources have been to help drive interest not only in the event but in the players and the sport itself.”