Behind the brand: ITN Sport’s Alastair Waddington on the production company’s plans for 2023 and beyond 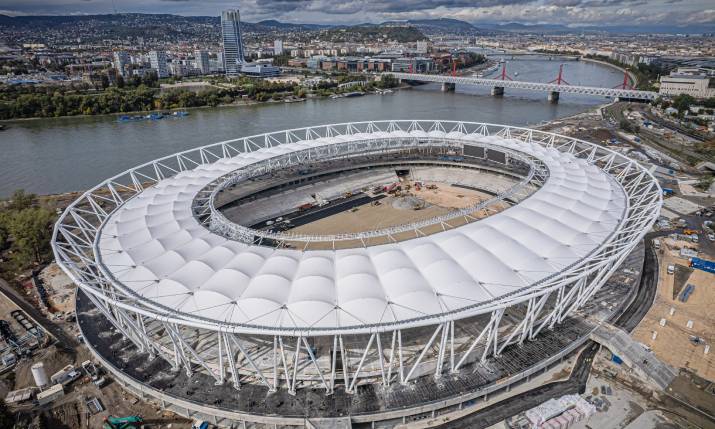 The brand new National Athletics Centre, which will host the World Athletics Championships in Budapest 2023, is being built on the eastern bank of the Danube River

The production house has a long history working with broadcasters such as the ITV network, Channel 4 and Channel 5, and more recently, surprised many with the announcement of a joint venture with World Athletics – named World Athletics Productions – which saw recordbreaking coverage this summer in Oregon. The World Athletics Productions team delivered more than 350 hours of action over 10 days, with 120 cameras, 10 live control rooms and a crew of 400. Coverage was broadcast in 170 territories with an approximate audience of one billion.

We spoke to ITN’s director of sport, Alastair Waddington, about the new ITN Sport department, part of the rebrand which has seen seven distinct divisions created.

“What was a very focused UK news brand has become a global multi-genre modern production company. The whole fluidity of the new logo suggests a company that has moved forward, [preserving] that legacy of having been around for years, but also being part of an organisation that is very forward and future-looking.” 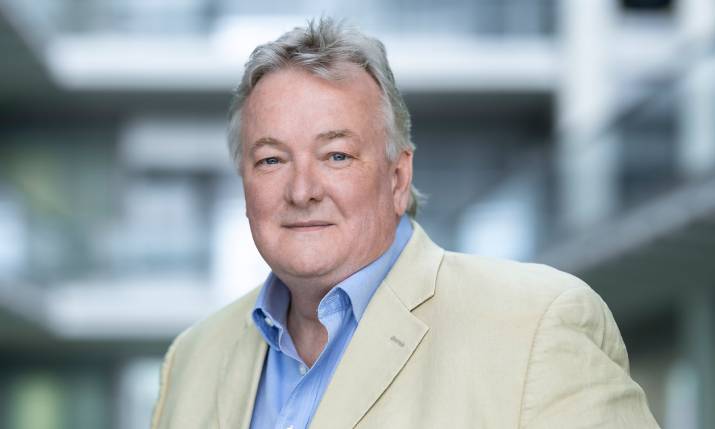 ITN Sport is one of those areas which is moving the entity forwards into 2023. Waddington states: “ITN Sport is a case in point. Traditionally ITN didn’t do sport and actually we are arguably the most international part of ITN currently, because almost everything we do in sport is outside of the UK; obviously the majority of that is through our relationship with World Athletics.

“But specifically from a sports perspective, one of our challenges in the marketplace is telling people what we do, how we do it, and that we’re not just news. [People say], “oh, you are that company that does news in the UK!” Actually yes we are, but we’re also that company that does the World Athletics Championships on the West Coast of the United States or in Budapest or wherever it happens to be.

“We’re also that company that is involved in branding content and business programming, in education programming and in the brilliance of the factual slate and so forth. So we are a multipurpose, multi-genre production business now,” continues Waddington. “So it was really important for me [within sport] to feel, for us to feel, more part of the whole now. I think previously it felt a bit kind of like ‘news-plus’ and now I think we feel much more of a kind of joined up business.”

ITN is quite unique from the perspective of a sports production company, Waddington says, thanks to its history in the news business. He explains: “Ironically, our number one selling point with our involvement in sport is all the things we do outside of sport in the company. There’s lots of things that we do within ITN that have significance in sport, but if you are a solely a sports production company, you wouldn’t necessarily think of it.

“So we’re in the archive business; every sports federation has an archive. We’re in education; every sports federation is involved in training, coaching programmes, all of those. We’re in yes, news dissemination, short form, long form, factual, branded, working with sponsors. All of those areas are all significant in sport. And yes, we’ve proven ourselves to be very good host broadcasters of athletics and all of that process.

“But actually when it comes to seeking new business, it’s not always going to be [our work in sport specifically] that sells us to another sport. It’s not always the obvious direct route.”

On how ITN Sport intends to grow going forwards, Waddington says: “Well, I think it’s through a couple of things. Firstly, it is using this rebrand to go out and repeat the message and take the message internationally. Also, we have now, after five years, a really good case study in the relationship with World Athletics. It has been a genuine partnership. It’s not a ‘work for hire’ client relationship; it is a partnership. We are very deeply embedded in the federation and I think one of the things that’s happened from our perspective is that we’ve understood much better how federations work and what their daily issues are.”

“So I think that the experience of the World Athletics relationship puts us in a really good place to listen to other federations. They’re not all the same issues and every federation has the same view, which is that their sport is way more important than everybody else’s sport. So it’s using that experience coupled with the breadth of activity across the company to try and attract some new business.” 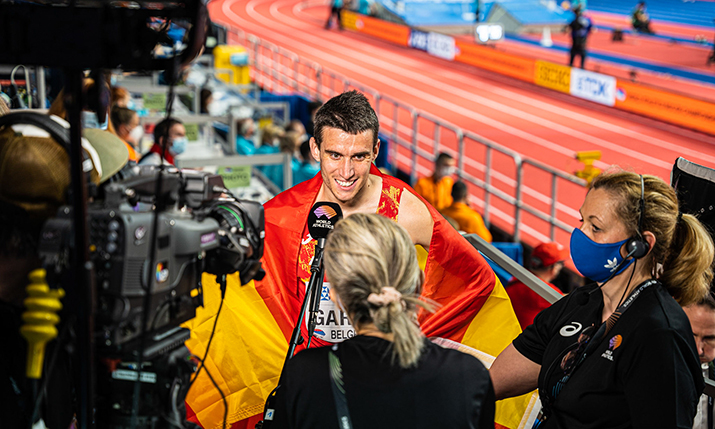 To compete or not to compete?

As to how ITN intends to compete against other sports production companies in the market today, in short, it is not. However, Waddington says ITN Sport intends to use its unique position within the ITN whole and its ability to be nimble to continue to move forwards in the area.

He says: “The short answer is we can’t really; we’re not going to compete with [the likes of] IMG. They’re a huge company, part of a huge group with 40-something years of experience doing what they do. They’re involved in all facets of sport, not just production, but in rights and distribution and all those things. We’re not going to compete with that, we never are. And you could make the same argument about the Sunset+Vines and Whispers of this world.

“I think occasionally we’ll be an annoyance to them,” laughs Waddington. “I think we were generally regarded as being annoying that World Athletics chose to partner with us and not one of the so-called big guys. But actually therein lies one of our pluses, which is that we are not one of those big guys in the world of sport.

“We’re a company that’s had very long relationships with partnerships,” he continues. “The partnership with ITV for ITV News is 66 years long. The Channel 4 News partnership is 40-plus years. When we get into partnerships with people, they last a long time because we super-serve them and we get very embedded in their organisations. We are not a bunch of people sitting around waiting for the next job to come along. So in terms of the sports department, we can be as small as we are currently – which is 12 people – and we’ll be 400 people next July and August in Budapest for the World Athletics.

“So, we’re very flexible. I think ITN’s reputation in the marketplace allows us to attract the best freelance talent. They know they’re going to get paid; they just know that we are a reliable brand to work for. So that relationship with all the work community around the world is very helpful to us because if we take the World Athletics Championships to producers and directors, of course they want to work on it. It’s the single biggest single stadium event in the world.”

Waddington adds that the company’s diverse heritage makes it is strong. “The short answer is, I’ve worked in these big companies and I’ve worked in small companies, and our advantage is that we are nimble,” states Waddington. “Our advantage is that we haven’t got people sitting around on staff, waiting to find work; we staff up accordingly. So we’re a relatively low overhead business, but with all the advantage of being part of a huge business.

“A lot of people think of ITN as being a broadcaster. We have a sophisticated MCR, we have 60 edit suites, there’s a whole load of technical backbone in a company like ITN that other sports production companies would be crying out to have.”