Beijing 2022 facts and figures: From 8K VR and a revolutionary virtualised OB van to 5G and the cloud 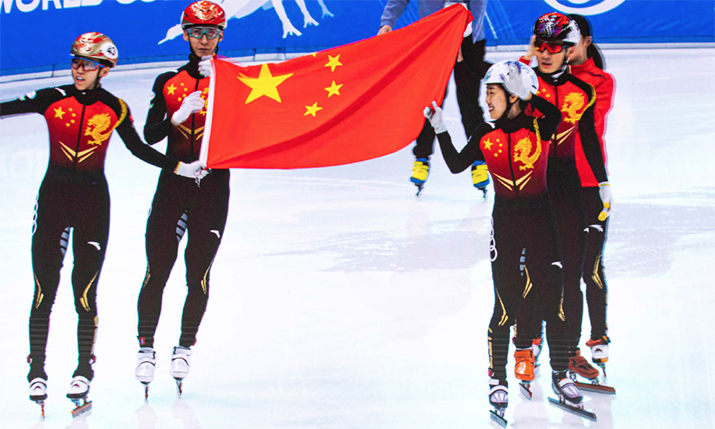 For Beijing 2022, Olympic Broadcasting Services (OBS) is pulling out more stops than ever for a Winter Olympics. It is producing over 80 hours of the Olympic Winter Games in live 8K virtual reality (VR), as well as trialling a revolutionary virtualised outside broadcast (OB) van, and using 5G and the cloud to widen choices for rights holder broadcasters (RHBs).

OBS will produce more than 6,000 hours of content, including 900 hours of live sports and Ceremony coverage. RHB’s will have access to more than double the amount of content from the sporting action compared to PyeongChang 2018.

As well as the trial virtualised OB van there will be 15 other OBs around the venues supporting the workflow. The IBC is a hefty 30,000 square metres big, plus the Zhangjiakou Broadcast Centre (ZBC) is 5,000 square metres. There are also 14 broadcast compounds, bringing the Games to viewers around the globe.

From a broadcast perspective, Beijing 2022 will offer an exciting glimpse into the immersive and virtualised future of Olympic broadcasting, exploring new and innovative ways of producing the Games while engaging worldwide audiences further.

Beijing 2022 will again mark a leap forward in Olympic Games broadcast technology. The Olympic Games Beijing 2008 were the first to be produced and broadcast entirely in HD. Fourteen years later, Beijing 2022 will represent the first time that an Olympic Winter Games is natively produced in UHD HDR with immersive audio. This new standard elevates the pictures and sounds, delivering life-like colour and breathtaking contrast while capturing the full atmosphere from the competition venues.

OBS will achieve this level of coverage thanks to a brand-new, state-of-the-art IP-based core system that will allow for additional services, new formats and more flexibility, while dramatically reducing the carbon footprint of the broadcast operation in the host city.

To showcase Beijing 2022’s celebration of winter sports, OBS will introduce a series of innovative technologies to improve the overall Olympic viewing experience and provide worldwide audiences with the genuine feeling of being at the Games. Working with Worldwide TOP Partners, Alibaba and Intel, OBS plans to use the latest technologies to deliver a far more immersive experience than in previous Games.

Bringing a virtual games to life

Together with Intel, OBS will capture, produce and distribute the Olympic Winter Games in live 8K virtual reality (VR) for the first time. Through a much improved, smoother user experience, Olympic fans (via participating RHBs) will be able to watch the action in higher quality, true-to-life VR and feel like they are actually there alongside the athletes, while broadcasters will be able to use these VR feeds in 8K to create virtual backdrops for their television studios.

Beijing 2022 marks the first ever multi-sport event to be covered in 8K VR. OBS plans to produce more than 80 hours of 8K live VR, from the Opening and Closing Ceremonies and selected sports, with two different sports available daily.

These sports and venues have been carefully chosen by OBS content creators based on the ability to strategically place cameras to convey a sense of proximity to the athletes, making the viewer feel like part of the action.

The switch to 8K is a huge step towards delivering spectacular and truly immersive VR live streaming, with a guaranteed ‘wow’ factor. OBS will place up to six 180-degree monoscopic cameras and one 360-degree camera to capture the Ceremonies and Olympic competitions. Viewers will be able to choose camera perspectives of live streams, while OBS will also provide an additional stream with integrated camera coverage.

Additionally, OBS will produce a broad variety of highlights, features, athlete experiences and point-of-view clips from all sports, some never-before captured in VR. These highlights and features are delivered as VoD in a mix of 180- and 360-degree formats.

RHBs are taking the immersive media service in a variety of delivery formats including; OBS whitelabel solution; mobile and web SDK; direct URL streams; and short-form VoD downloads. The apps are available on VR headsets for Oculus Quest/Quest 2 and Pico, and also on mobile. Furthermore, RHBs will be able to create new and exciting presentation environments, and virtual backdrops for their television studios using the 8K VR feeds.

OBS will generate further engaging and dynamic viewing experiences in Beijing by deploying more multi-camera replay systems for frame-freeze ‘bullet-time’ slow motion replays. These systems will allow viewers to move around the athlete and capture an up-close look at the action from various angles.

For curling and speed skating, OBS has joined with Alibaba to use its cutting-edge cloud solution to seamlessly deliver unique replays to viewers around the world in mere seconds. 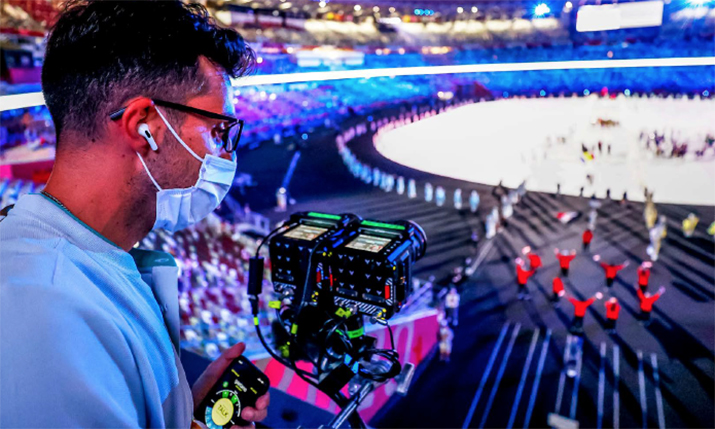 Teaming up with Intel and Alibaba, OBS will also explore more flexible and modular production environments by designing a revolutionary virtualised outside broadcast (OB) van.

With the full adoption of an IP-enabled infrastructure, certain functions of the in-venue production units can be moved away from the legacy broadcast components into using virtualised commercial-off-the-shelf (COTS) information and communications technology (ICT) servers and networking, opening up new opportunities that could lay the groundwork for producing the Olympic Games in an entirely new way in the near future.

Virtualisation will redefine broadcast production requirements and allow for the possibility to scale services and greatly reduce the set-up time.

5G to the cloud

The wider adoption of cloud and 5G technologies in Beijing will also reshape the way the Games are broadcast. The OBS Cloud will once again support the backend of Olympic

broadcasting and play a key role in content distribution and post-production workflows. OBS will distribute the feeds in HD and UHD through the cloud for the first time to more than 20 broadcast organisations. Not only do the RHBs have a new means of receiving the live signals in their home countries, it offers them a more agile solution to choose which feeds they wish to receive.

The full 5G coverage implemented across all Olympic venues also provides new opportunities for live coverage, and for the first time, OBS will capitalise on super-fast 5G wireless connectivity to deliver live signals from several cameras, including those fitted on snowmobiles at cross-country skiing and also those used in the start and finish areas at alpine skiing.

After proving so popular at the Tokyo 2020 Olympics, the Digital Fan Engagement initiative will return to Beijing 2022. Fans around the world will again have the chance to show their support for their favourite athletes and teams.

Once again, athletes will be able to connect with their loved ones and share with them, live in the moment, all the emotions of participating in the Olympic Winter Games. Unlike in Tokyo, where it was available at selected sports only, OBS will offer these athlete moments from all Beijing competition venues, and incorporate them as much as possible into the live coverage to convey the athletes’ emotions beyond the arena.