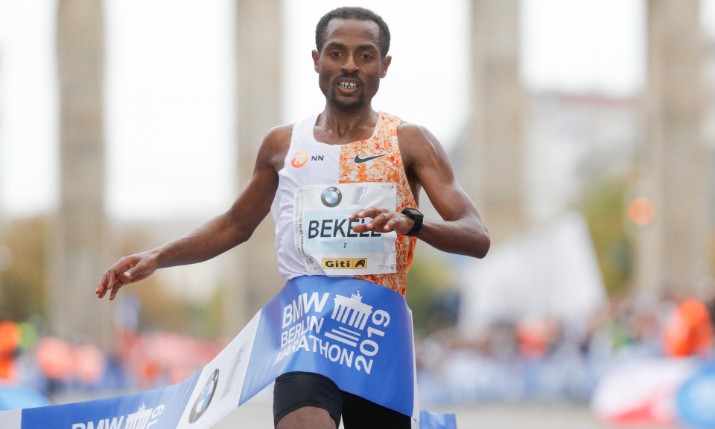 Working with the event organiser SCC and the telecoms company Deutsche Telekom, the Infront trial consisted of two 5G-connected cameras that were positioned to cover two sections of the race: the half-way point and the iconic Nollendorfplatz.

One camera was fitted with a prototype low latency encoder while the other camera did the encoding internally. Both were connected to the mobile network using smartphones.

Live shots from the two 5G-connected cameras, one fixed and one roaming, were then sent back to the gallery where they were made available to the race director and, in the case of the half-way point signal, integrated into a world feed that was broadcast in more 130 countries around the world.

Peer Seitz, head of production at Infront Productions, and project manager for the Berlin Marathon, said that the 5G test had been a success and had provided plenty of learnings.

“We managed to have the 5G signal in the coverage of the world feed and that is a big success. [But] it’s very much R&D still on all sides. The 5G technical solution has yet to be translated into proper broadcast equipment.”

“That is very clear. It took a lot of effort to make it work. There is still some software to be developed and protocols to be written. [However], we managed to have the 5G signal in the coverage of the world feed and that is a big success.”

“We had very low latency too,” he continued. “But we are not where we need to be yet. It’s very much R&D still on all sides. The 5G technical solution has yet to be translated into proper broadcast equipment. At the moment we are connecting devices that are not built for broadcast. There are a lot of cables and you cannot have that.” 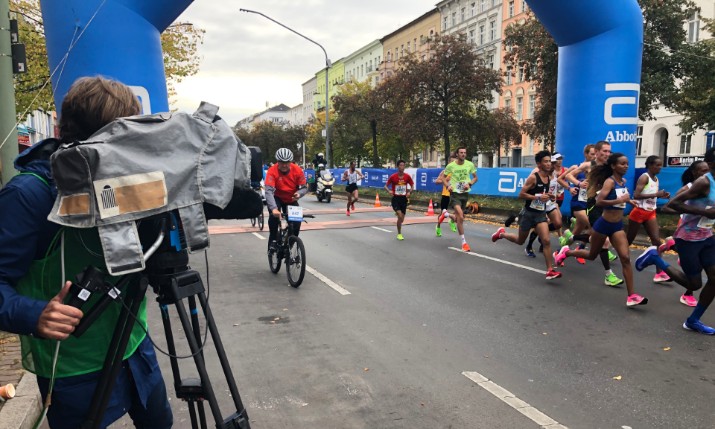 It is suggested that in addition to an improvement in broadcast resources, the advent of 5G-connected cameras could also expand the use of remote production, potentially reducing the amount of broadcast personnel required on-site. This could help to make sports events organisation and coverage more sustainable.

5G could also make it quicker and easier to stream to online platforms such as YouTube or Facebook.

“The 5G technology, as 4G is at the moment, depending on the size of the event, can supplement the existing set-up, replace parts of it or [even] replace the entire RF set-up. That is not to say that RF is dead. [5G] gives you the advantages of less rigging time because you don’t have to set-up the network you just have to make sure that your cameras connect to it.

“You are more flexible with the cameras but if we also get all the benefits that all the 5G providers are promising – such as network slicing which you can book from the provider – then you have a product that is much easier to integrate into the existing RF and broadcast environment because of the lower latency.”

“Hopefully it will cater for UHD in the future. That would be much harder to achieve with 4G,” he added. 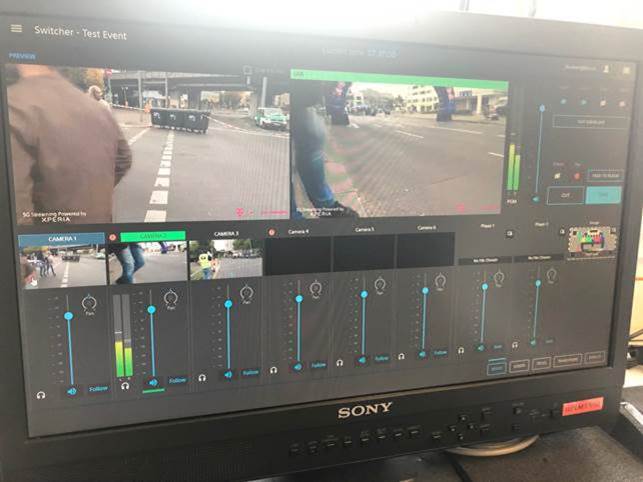 At the same time as the 5G-enabled camera feeds were being sent to the gallery for the live broadcast output, pictures captured by Sony Xperia smartphones were also being sent via the mobile network to a cloud-based switcher, Sony’s Virtual Production (pictured, left).

The output was not put to air but was used as an internal test with signals delivered to Deutsche Telekom and Sony for further R&D work.

“With cloud-based solutions like Virtual Production, we will be able to receive spontaneous video content contributions from fans all over the world,” said Seitz. “For us, that’s a completely new way of engaging with viewers, which will bring sports events to the next level.”

Infront Productions has been the host broadcaster for the Berlin Marathon since 2013.