Bexel has chosen Calrec’s Artemis Light audio consoles for its new midrange line of live broadcast flypacks. Bexel, a unit of the Vitec Group’s Services Division, has designed the flypacks to meet its clients’ requirements for live coverage of middle- to upper-tier sporting events.

“In designing our new flypack line, we wanted to strike a balance between our entry-level ‘Element’ mini-flypacks and our high-end ‘Hercules’ system typically used for the highest profile, global-audience events. Now, we have the perfect solution for midrange six-to-15-camera productions,” says Tom Dickinson, chief technology officer, Bexel. “The Artemis Light is the ideal solution to provide the audio mixing component because it packs a lot of robust audio capabilities in a compact package. Also, the Artemis Light’s support of Dolby 5.1 is a large plus, since 5.1 is becoming a growing requirement for even smaller-scale live broadcasting.”

Bexel is utilizing six 40-fader Artemis Light consoles for the new flypacks, four of which will go into immediate service for broadcast of several upcoming spring and summer sports events in the U.K., including soccer, golf, fencing and tennis. In addition to featuring an Artemis Light console, each flypack will include a Sony MVS 7000x production switcher, an Evertz 128×128 router and multiviewer, and an RTS intercom system. 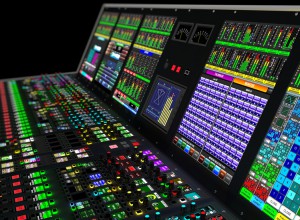 The Artemis Light’s built-in Hydra2 audio routing technology was another key reason for the console’s inclusion in the new Bexel flypacks. With Hydra2’s plug-and-play architecture, broadcasters are able to share audio resources among multiple audio consoles quickly and easily. For upcoming fencing coverage, for example, matches will be held in four separate areas of the venue with only a 30-minute turnaround between each match. With Hydra2, the broadcaster will be able to transfer audio resources such as microphones to different production units in a matter of minutes.

“The fact that Bexel has made such a major investment in our Artemis Light console speaks volumes for its versatility, power, and robust audio capabilities in a wide range of live broadcasting applications,” adds Dave Letson, U.S. regional director of sales at Calrec Audio. “Our partnership with Bexel spans almost a decade, and we look forward to working together on the new flypacks and many future projects that will benefit both new and existing customers.”