Big Data and its transformative effect on broadcasters 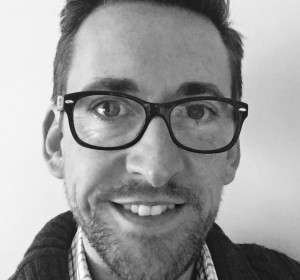 Big Data is transforming the broadcast industry, from sports through to linear TV, according to experts at Sony Professional and Ericsson. This is about hardware-based SDI infrastructure moving towards IP, in particular to cloud-based solutions. Yet this way of working generates data, vast quantities of it, and the question now is about what to do with that data to make it work for the broadcaster and allow them to keep up with the pack.

What to do with Big Data?

At a roundtable last week looking at the role of data in driving transformation for broadcasters, Steve Plunkett, CTO for Broadcast and Media Services at Ericsson, commented: “Even though there’s been a massive increase in Big Data in the media sector, the question now is: what do we do with this? From broadcasters who traditionally came out of SDI, it’s been a slow curve; the media industry and traditional broadcasters have been catching up in many ways. They’ve been farming the data, but now they need to say, well what do we do with it? And that’s where we are now.”

“This is a consumer-led market now,” remarked Stuart Almond, strategic marketing manager at Sony Professional Solutions Europe. “[Consumers] are saying, I want 4K on my TV and I want to consume the news on my watch, so broadcasters are saying, If I want to be relevant, I need to be [where consumers want broadcasters to be]. They need to understand who their customer is, where they are, and what they’re consuming.”

Plunkett commented that traditional broadcasters are now competing with the likes of Netflix and Amazon, online broadcasters that have seized and understood the market and are using Big Data to all its advantages. These companies have essentially waltzed in and taken a lot of viewers away from traditional TV because they fulfil the needs of consumers, with a vast array of content and importantly, the ability to understand who, what and where their consumers are viewing thanks to their understanding of Big Data.

“These companies are very tech-savvy,” said Plunkett, “so if you hope to compete and succeed against those companies, you have to invest in data computing.” 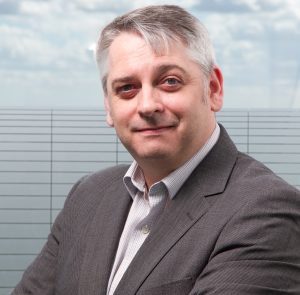 Steve Plunkett, CTO for broadcast and media services at Ericsson

Almond stated that Big Data is vital in retaining and attracting customers: “Content is king. There is enough crawling and analytics being done on the World Wide Web [to understand what people want]. Why do you think there are so many cat videos?”

He said that content, and in particular the issue of rights over content such as sports, proves the point. He noted that people do not buy into a broadcast brand, so if a brand lost the rights to broadcast a football match, consumers do not then decide to not watch that match. They follow the content. “So knowing what people want to watch is key,” he said.

Plunkett commented that there are two types of data: consumer data, with strict ethical and legal obligations that provides a specific insight into the individual user; and systems data, which provides information on how the devices within a network operate.

Almond added that Sony Professional launched its Media Backbone Conductor five years ago, which provides information on internal operational data. He said of the information that product provides, “Insight; insight drives business decisions”. On the two types of data, he commented: “The dream is, how do you put them together, from where assets are made in the camera to where and how it is seen?” He said that with IP, “you can actually track a cost [of producing a finished product end to end] with everything connected by IP channels.”

Yet Almond questioned how far Big Data can take the broadcast industry: can it be used to track in minute detail exactly what people prefer? For instance, close ups or wide shots? “Can we use metadata to preselect close-ups if that’s what we want?” he said.

Meanwhile, Plunkett pointed to the potential of artificial intelligence (AI) based sports clipping, such as that being used at Wimbledon right now. New at Wimbledon 2017, AI-powered automated video highlights are being generated using IBM Watson and other video and audio technologies. With an average of three matches per court per day, video from the matches can quickly add up to hundreds of hours of footage which could take hours to pull together into highlight packages.

The AI system created by IBM Research scientists and IBM iX consultants auto-curates highlights based on analysis of crowd noise, players’ movements and match data to help simplify the highlight video production process and focus on key moments in the match. This allows the Wimbledon editorial team to scale and accelerate the video production process for highlight packages, and expand the number of potential matches that are turned into highlight videos for fans to watch and share.

Plunkett added: “A machine can learn the angles that work best in action, allowing very rapid clipping of content. You still want human curation of overall content, but the level of automation works.” He pointed to Ericsson’s Piero product that allows broadcasters to create graphic sports annotations during games and is used to assist the in-studio team to do their job more quickly. Plunkett added: “There’s a lot of potential [for the use of AI in sports broadcast] and I think the sports industry will be at the forefront of experimentation here… Sports and data is a very interesting combination.”

SVG Europe questioned why it has taken the broadcast industry so long to get on the IP bandwagon, which is old news in industries such as telecoms. Almond said the infrastructure that is needed to turn broadcasters into IP, cloud-based users has not been available before, but now it is, broadcasters are moving on the challenge. He explained: “We’re late to the party because of broadcasters’ legacy of infrastructure, satellites, etc. But [broadcasters] have arrived at the party now and are asking, how do I put my systems into the cloud, how do I virtualise my systems, and will it go ‘whoosh!’? They have to do this, otherwise they will be dead.”

Another reason for recalcitrance on the part of broadcasters to move into IP has been the problem of security. Noting very high profile incidents in this industry, Plunkett said: “The broadcast industry technology base has been like the Galapagos; it has evolved separately over time,” he noted, calling it, “security by obscurity”.  He added: “As we embrace IP and IT, we have to be careful and savvy with security systems. You have to rely on other partners to help, or shut down your network, but the Galapagos [model] doesn’t work anymore. It doesn’t work and it doesn’t scale. Yet we do have to recognise that [broadcast is] a different landscape [to other industries]. There is a lot of money being spent by broadcasters on this area right now.”

Almond concluded: “This is about how to make data relevant for your needs. We will see Big Data making more decisions going forward.”