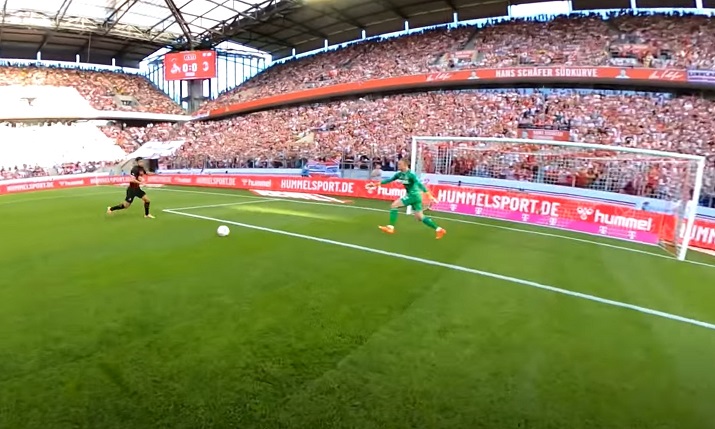 Bodycams provided viewers with a player’s perspective of the action in Saturday’s Telekom Cup pre-season ‘Innovation Game’ between Cologne and AC Milan, with players also equipped with microphones as part of the tech trials.

The fixture at the RheinEnergieStadion was used to test a few different production and stadium tools, including automated highlights and data feeds as well as a crowd management system to fans which kiosk or toilet has the shortest queue. 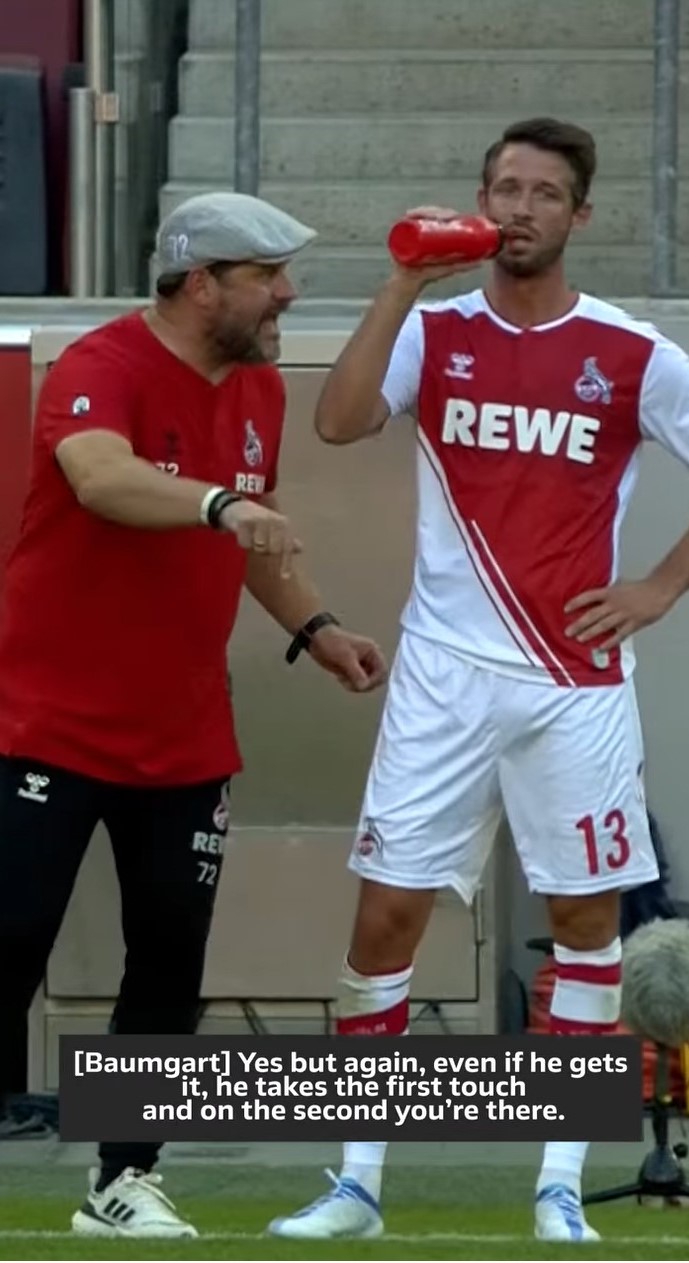 The players’ microphones captured the pre-match team talk among the Cologne players, along with Cologne coach Steffen Baumgart issuing some pitch-side instructions to player Mark Uth during the game (pictured, right).

Arguably the most attention-grabbing of the technologies in use was a bodycam from Israel-based MindFly, which was worn by two Cologne players and officials during the match. The footage was then shared via the club’s social media channels and Bundesliga’s YouTube channel.

A bodycam worn by Cologne centre back Timo Hübers provided a close-up view of Olivier Giroud scoring for AC Milan, while a bodycam on one of the linesmen showed his position for Giroud’s second for the Italian side.

Mindfly said that the bodycams use “SteadiCam-like” stabilisation technology. The vests are connected via USB so that content can then be uploaded to Mindfly’s cloud-based, AI-powered editing and transcoding platform for publishing content to social media platforms.

Mindfly signed an agreement in May with pro basketball league the EuroLeague for two to three players to be fitted with their bodycams during games. MindFly’s cloud-based artificial intelligence (AI) system will create first-person point of view highlights for EuroLeague social channels.

The company also said it is in advanced negotiations to sign agreements with major clubs and top football leagues in Europe and the US and with several major broadcasters.