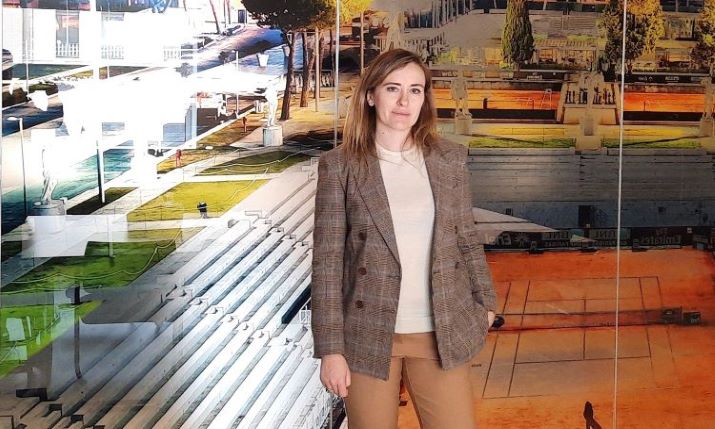 You do not need to have had a life-long desire to work in sports broadcasting in order to end up in this field, and DAZN’s senior vice president for content production and editorial for Southern Europe, Ughetta Ercolano, is proof of that.

Ercolano is a woman who has instead pushed her high-flying career towards media through a variety of industries, from telecoms to gaming.

She says: “I joined DAZN 18 months ago in my current role, responsible for all DAZN content output both in Italy and Spain. This is my first experience in the sports entertainment [field]. I [have previously worked across many] different industries: telcos; content production and broadcasting; publishing; and gaming.

“It’s a quite mixed experience but always focused on innovative projects, mixing content and technology, working in start ups and cross-functional projects. I’ve always been driven by new challenges, the possibility to learn and being hands on!”

“The last year represented a perfect storm for sport but also an opportunity to accelerate some necessary changes. Personally, it was a challenge in terms of leadership, having to guide the team in a very delicate phase both on a professional and personal level”

On getting her job at DAZN, she says her varied work history has been a bonus: “Having a quite mixed background I had the opportunity to flexibly adapt my skills to different and sometimes complex challenges. I felt I needed new challenges and to learn something new, and I was intrigued by an industry I had never known.”

At DAZN she says she has, “speed and freedom to test and learn, an inclusive and supportive management, and young and very talented teams”.

Now that she is here, she feels strongly drawn to the live sports industry: “The uniqueness that live sport represents [is exciting]. It is irreplaceable, the emotional involvement it generates in viewers, the socialisation and sense of belonging it creates. All [these are] elements that make this job more difficult and sometimes more risky than other content production roles, but also generate great satisfaction. The challenge is to give a rewarding experience and at the same time offer our users the chance to expand and live their sport emotions beyond the live event.”

“But not being a sport expert makes me feel an outsider quite often!” she adds. 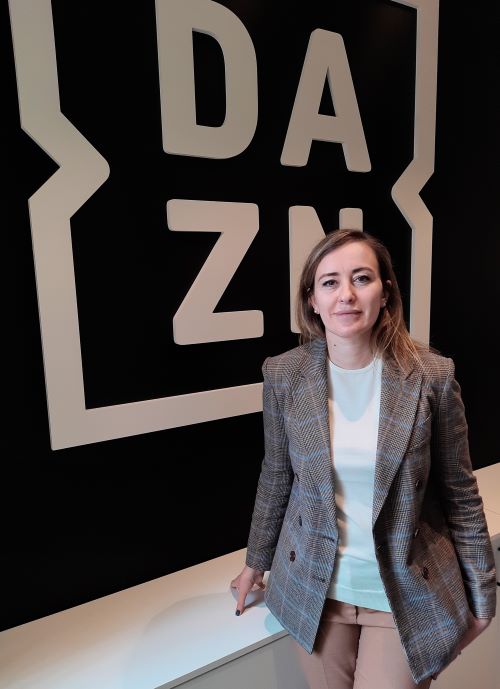 “I’ve always loved building projects from scratch, where I could have the freedom to choose and sometimes make mistakes” says DAZN’s Ughetta Ercolano

However, Ercolano has not let that occasional feeling of being an outsider stop her from pushing DAZN forward. The pandemic has encouraged DAZN to tell more of the human side of the sports story, she notes: “Certainly [there is an] awareness that times have changed and so has the way of producing and communicating sport. This situation has pushed us to pay even more attention to the human side, even before the celebratory or aspirational one, something that was already part of the DAZN positioning but which has become even stronger today.

“We know we offer entertainment first; we are professional but we don’t take ourselves too seriously. This spirit is reflected in our talent; young, competent people who love sport and tell it with simplicity. And even our non-live content tries to reveal the more human and sometimes less known side of sport. We have worked a lot in this direction, also through new languages and unexpected connections between sport and people’s lives,” Ercolano enthuses.

“The last year represented a perfect storm for sport but also an opportunity to accelerate some necessary changes,” she goes on. “Personally, it was a challenge in terms of leadership, having to guide the team in a very delicate phase both on a professional and personal level. I had to put my emotions aside and be decisive in some choices. Some have been permanent, such as restructuring the organisation.

“Others have initiated long-term changes: greater attention to brand values, data analysis, more freedom to experiment. Today we begin to see the benefits. I miss contact with colleagues and the separation between private and professional life, but I am optimistic and I think we will return to a new, better normal.”

Ercolano has a Master of Science in Economics for Arts, Culture and Communication from Bocconi University in Milan, has attended courses at NYU Stern and has an executive Master in Business for Entertainment, Media and Sport from Harvard Business School.

“I always wanted to work in the media industry and have tried to steer my career from the very beginning,” she notes.

“Respect comes first. I’ve always had to prove more than my male colleagues, sometimes achieving less, but that made me stronger. And I hope to set an example for the women I worked with”

Ercolano’s career started out in a telco, then she moved to an international publisher as strategy manager. “I was in charge of developing new revenue streams for the company, launching kids’ channels on satellite and digital terrestrial TV, web and mobile products. That was my first experience dealing with digital projects and TV broadcasting. After that, I moved into the group holding company, overseeing strategic plans and performance of controlled companies active in gaming, TV broadcasting, content production and distribution. That was a great opportunity to work in an international environment, traveling across and dealing with US, UK, French and Spanish companies.”

“After a few years, in 2015, I rejoined a telco, this time as head of content for Vodafone TV in Italy,” continues Ercolano. “That was a great opportunity to deal with OTTs at their early stage, like Netflix, Now TV and Prime Video being part of Vodafone’s offer, but also to develop a new multi-provider content offer through direct content acquisition. That was the opportunity to explore the incredible potential offered by technology to deliver a high level experience to customers and work on users’ engagement.” 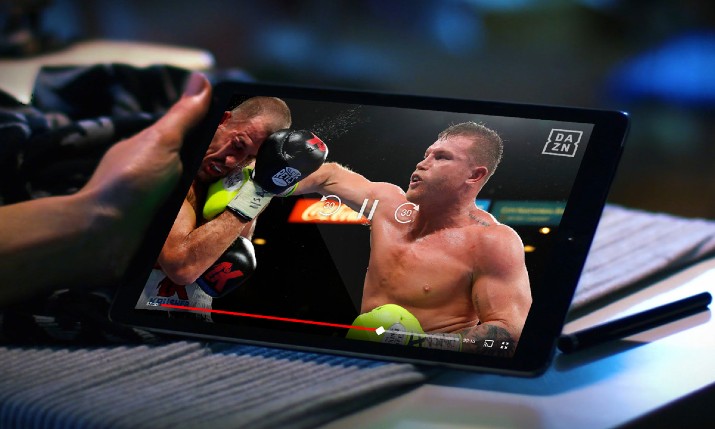 The pandemic has encouraged DAZN to tell more of the human side of the sports story, says senior vice president for content production and editorial for Southern Europe, Ughetta Ercolano

As for what she has loved and does love about her career, Ercolano comments: “I’ve always loved building projects from scratch, where I could have the freedom to choose and sometimes make mistakes. I certainly enjoyed working on the Vodafone TV project, [which was] pioneering in Italy. Today at DAZN the challenge is exciting. We have many interesting rights, creative people and a very strong corporate vision. We are working on the alchemy of these three elements to create a truly innovative product, and being part of it is really exciting.”

On challenges she has faced, being a woman living in Italy has created many personal mountains to climb, Ercolano states. “In my previous roles, I have experienced discrimination many times. I live in Italy, a country with a still male-dominated culture. It happened to me often when I was a junior but also when I became a mother.

“I have always reacted, while maintaining a professional attitude. Respect comes first. I’ve always had to prove more than my male colleagues, sometimes achieving less, but that made me stronger. And I hope to set an example for the women I worked with.”

Meanwhile, the media industry is going through its own challenges now, which Ercolano has embraced. She explains: “The media industry changed significantly over the last few years, after decades of ‘as is’. Probably the biggest challenge was to deal with an established business culture in all the industries I worked for. But it is not just a matter of mentality; sometimes these companies were not ready to embrace the digital disruption also in terms of organisation and processes.

“I had to push hard to on-board people, speed up decisions and get things done, sometimes clashing with the status quo, finding workarounds and continuously doing problem solving. I learnt that velocity is key; it helps to build a competitive advantage and acquire know-how more rapidly.”

Finally, to women in the sports broadcasting industry and beyond, Ercolano says: “Be brave, don’t be afraid of not being up to the role or not being able to survive in an industry where many men work. Be proud of your professional history and think about what you can change with your resources and imagination, not how you can adapt.”