Rio Clarke is at the beginning of an exciting new career in sports broadcasting, yet the story of how he started on this path is not a typical one. 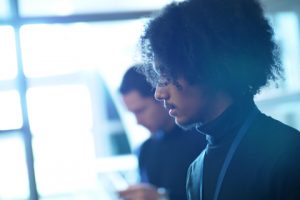 From a council estate in South East London, Clarke left secondary school ready to embark on a promising football career. When that failed to take off, following some adventures on the job market, Clarke managed to beat stiff competition to gain a placed on the MAMA Youth Project, a charity that has spent the last 11 years training young people of all creeds and colours from under-represented backgrounds so that they can succeed in the media industry. Clarke is now on a six month contract working towards becoming a junior assistant producer at football production company, Buzz 16 Productions.

Letting go of the dream

While being a professional footballer is a common fantasy for many young people, Clarke was talented enough to have a genuine shot at making it. He left school and at the age of 17 went to play at Wycombe Wanderers Football Club in its youth scheme, while also studying for a BTech in sport. However, when the job of his dreams failed to materialise, he had to work out what to do with himself.

Growing up on a council estate, one major factor why I never thought of a career in TV is that no one mentions it. You just don’t know you can work in TV. The choices are, like, play football, or sell drugs, or go to prison; and sometimes that does happen.

Faced with no professional contract, and having never considered any other career, Clarke struggled to work out his next move. He says: “After [I didn’t get a professional contract] my confidence was lower and I was trying to think of what else I could possibly do. I tried another club but I wasn’t enjoying playing as much as before, which was affecting my performances. So I decided to take a step back from football in summer 2017.”

This was not an easy decision; Clarke was the council estate kid about to make it into the big time, and the hopes of friends and family were focused on the story of his success. “It was a hard choice to make,” he explains. “My family and friends didn’t agree with me, which was tough because I felt I had not only let myself down, but them down too.” 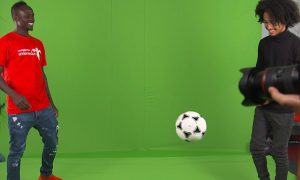 Unable to find a new direction, Clarke took on a series of unskilled jobs, including Christmas tree seller. He comments: “I was there in the freezing cold and rain, getting up at 4am, and it felt like it was for no reason. In football you might be up early and playing in all weather, but there’s a purpose to it.”

Finally, in January 2018 Clarke’s mum managed to persuade him to seek the advice of a career counsellor. While the first appointment was disappointing, the next at The Point in Woolwich, South East London, started him on a brand new career path.

He says: “While I’d been working at these other jobs, I’d been making music, which had made me think a career in music, perhaps a music engineering apprenticeship, would be good. The man at The Point looked for nearly an hour trying to find something for me, but all the music engineering courses didn’t start till the September, or January 2019. Then he searched in his junk mail, and found the application letter from Mama Youth Project. There was a couple of days left until the deadline, so, because it was sound-related, I went for it.”

He beat a lot of competition and got a first interview, then was invited back to the group-stage interviews. At the end of February 2018 he got a call from MAMA Youth Project founder and chief executive, Bob Clarke, telling him he had won a place on the intensive 14 week-long training programme at MAMA Youth, making Sky 1 commissioned programme What’s Up TV.

Commenting, the successful applicant, Clarke, says: “Even though I had no idea what I was getting into, that felt amazing. Someone was going to give me an opportunity so I had to take it.” 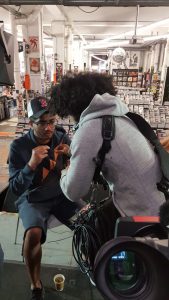 During the MAMA Youth Project training, Rio Clarke learned the ins and pouts of sound engineering. He is pictured here with one of the biggest music producers in the UK, Steel Banglez

He was taken on as one of two sound operators on the project, starting in mid-March, commuting from his family home in Greenwich each day. On the course, he says: “I learnt the technical side of things to become a sound engineer. But on a personal level, I got to meet people from all over the country and to travel to places like Cheshire as part of the project and my work. I was only exposed to London life, but I realised that all different characters, all different people, have their own background, their own story; everyone’s different.”

After he successfully completed the MAMA Youth Project, he had got a credit for helping make the What’s Up TV series. The next step was a six week paid work placement, which he carried out at MBS Lighting at Pinewood Studios. “Again, this was something I’d never done before, so I wasn’t 100% sure it was something I wanted to do, but it was a great opportunity. It was good but I found it too industrial-based. Going back to my football days, I felt that if I could walk away from something I loved like that, I didn’t want to commit to a career I didn’t love. I’m an all my eggs in one basket mentality person; you have to believe in what you want to do.”

During the last two weeks of his placement, Clarke began talking with someone from Sky Sports he had met while on the MAMA Youth Project, who knew about Clarke’s football interest. He had spotted an advert on LinkedIn for a role at Buzz 16 Productions for a junior assistant producer, and suggested Clarke go for it. He did, notably because of the company’s football-based content strategy, and got an interview.

Clarke notes: “I impressed [the interviewers at Buzz 16] with my knowledge of the football environment, and I knew some of their shows already, but they were concerned with my lack of experience for the role, so they continued interviewing for that job but created a new role of intern, so I could be moulded by them over six weeks to see how it went. Again, it was the same as Bob [Clarke at MAMA Youth Project]; someone was giving me an opportunity.”

Clarke states the internship went well, to the point that on the fifth week he was given a six month contract that would transmission him from intern to junior assistant producer. Some time afterwards, his boss at Buzz 16, Scott Melvin, co-owner of the company and executive producer and a former employee at Sky Sports, told Clarke that one reason he gave him an interview was because he knew the reputation of the MAMA Youth Project courses, so knew he would be trained well and ready for a challenge. 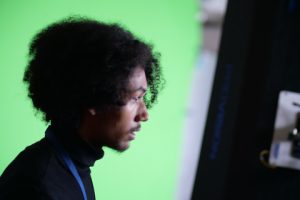 Going forward, Clarke hopes to continue working at Buzz 16 and moving forward with his career. He says: “When I left MAMA Youth, Bob [Clarke] said in a year, I’d understand how good the project was. Well, I’ve realised that in far less than a year. I hope to stay in the football-related side of broadcast, and to carry on getting exposure and experience in the industry, going up the ranks, and producing my own stuff one day.”

However, he concludes that to attract more young, enthusiastic people, the broadcast industry needs to be proactive in its approach. He explains: “Growing up on a council estate, one major factor why I never thought of a career in TV is that no one mentions it. You just don’t know you can work in TV. The choices are, like, play football, or sell drugs, or go to prison; and sometimes that does happen. But people in the sports broadcast industry need to go into primary schools and tell kids about what this industry is like.

“I’m grateful I’ve had the right people to believe in me at the right time.”