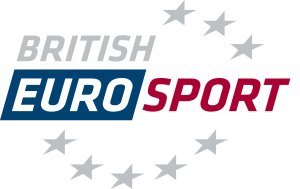 British Eurosport will launch a high definition simulcast channel on the Sky and Virgin Media platforms from Wednesday July 25 which will be followed five weeks later by the launch of British Eurosport 2 HD on Sky, meaning both channels will be fully HD on the Sky platform by Monday September 3.

Eurosport HD, the pan-European high definition service, has been available in the UK and Ireland since July 2008. The international feed available through that channel has enabled sports fans to follow high profile events like the Tour de France, the French Open from Roland Garros and this summer’s Olympic Games in native HD.

This channel will now cease to be transmitted and will be replaced by full HD versions of British Eurosport and British Eurosport 2, allowing more British focused programming to be transmitted in HD. This will include coverage of popular events like British and World Superbikes, MotoGP, the Davis Cup and US Open tennis and the Champions League Twenty20 which will all now be available in native HD.

British Eurosport’s Managing Director David Kerr said: “We are very pleased to be making British rights available in HD for our viewers on the Sky and Virgin Media platforms. Our passionate and knowledgeable viewers will be able to enjoy more of their favourite sports on British Eurosport in stunning HD than ever before. There are some fantastic events coming up and covering them in HD will add more quality to the depth and specialist knowledge provided by our expert team of Eurosport analysts.”