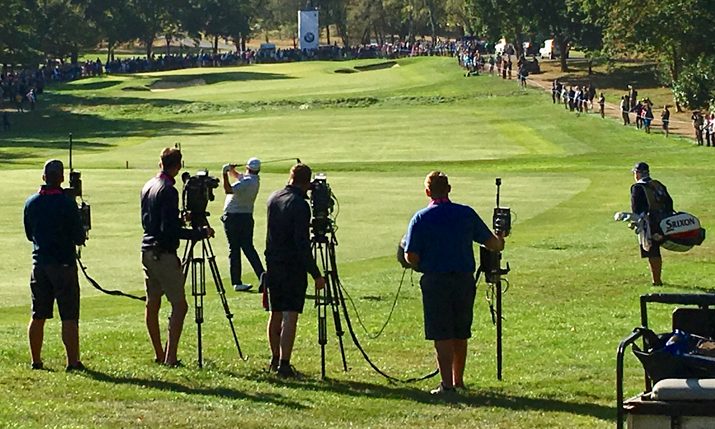 Broadcast RF covered both the Solheim Cup and PGA Championship

Working closely with CTV Outside Broadcasts, which provided OB facilities for both events, the Euro Media Group-owned company will provide the same service in 2021 when the Solheim Cup takes place in Toledo, Ohio.

The Solheim Cup is the pinnacle of women’s golf with the best golfers from Europe and the US going head to head every two years. This year Europe won the last three singles matches to seal a sensational 14½-13½ Solheim Cup victory over the US at Gleneagles.

The week after the Solheim Cup, the BMW PGA Championship (19–22 September) came to Wentworth and previewed some quality golfing talent. Winner Danny Willett said: “This has been a fairytale week for me, to win on home soil really has been amazing for me.” 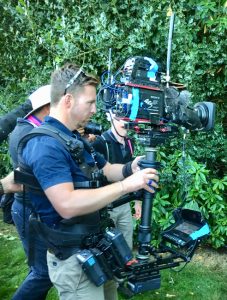 James Halliday, project manager at Broadcast RF explained how the company approached the coverage for these two events: “Wentworth is a tricky course to cover from an RF perspective and requires an infrastructure that has more in common with an Open Golf, or a Ryder Cup than one of the ‘normal’ golf courses.

“We installed an array of 16 antennas in pairs to be used sequentially around the course; each pair overlapped the preceding and following pairs, but there was very little overlap with any of the other antennas, so we had almost no contingency due to the layout of the venue,” noted Halliday.

“This meant that the guys on site had to work very hard to pull off clean coverage around the course. But pull it off they did, doing an exceptional job in a very difficult environment.” 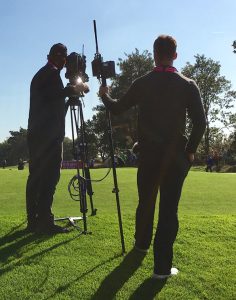 Working their way around the Solheim Cup course, Broadcast RF provided clean coverage of the event

Halliday, referencing the work involved back at the control room, commented: “We were controlling it all via a large RF router feeding multiple receivers. In addition, we had the usual, course wide, wireless camera control using two data transmitters on different frequencies; the cameras would automatically switch to whichever frequency was strongest on any given area of the course.

“Plus, we monitored the cameras locations using our proprietary GPS management software, which enables the correct receive antennas to be switch to each specific camera.

“GPS is also very handy when it comes to situations like delivering replacement batteries to a camera operator, sorting out a technical issue, or indeed any other situation where we need to get to a camera quickly, knowing its location on the course is very important,” he explained.

The golf season continues at St Andrews, Kingsbarns and Carnoustie on the Alfred Dunhill Links Championship where Broadcast RF is working alongside CTV Outside Broadcasts once again.