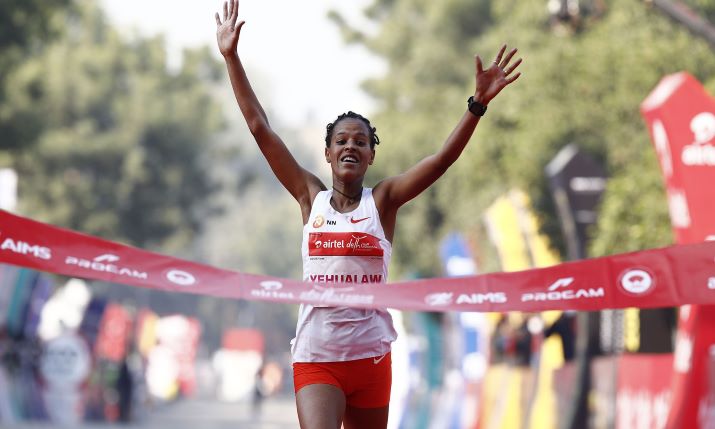 The Broadcast RF mini Remote Operations Centre (ROC) has proven to be a success in the international supply of RF camera facilities, most recently for the Delhi Half Marathon 2020, a World Athletics Gold Label Road Race.

On 29 November 2020, the world’s top elite runners and India’s finest took to the roads of Delhi, starting from the iconic Jawaharlal Nehru Stadium and running a 21.097 kilometre route.

The women’s race was won by Ethiopia’s Yalemzerf Yehualaw, who produced a stunning run to clock the second-fastest women’s time ever over the distance when she crossed the line in the Indian capital in 64:46. Meanwhile, Amdework Walelegn outsprinted his Ethiopian compatriot and two-time defending champion Andamlak Belihu to win in 58:53, with Belihu coming home in 58:54.

The difficulty of supplying RF services for this international sporting event during the global pandemic was faced by Mumbai-based Initium Productions, the host broadcaster for the event. Initium Productions began discussions in September with technology providers as soon as the date for the race was confirmed.

Control from 6000km away

Broadcast RF was the preferred partner for motorbike coverage of this event, explains David Premier, director at Initium Productions: “We have used Broadcast RF for over ten years now. They turn up time after time and just get on with it; I never have anything to worry about. Event after event they bring us top quality pictures from our camera bikes and we have the upmost confidence in what they supply.”

However, he adds that 2020 bought very specific challenges to the race: “This year was very different; [Broadcast RF] were not here. They were over 6000 kilometres away in London.”

Chris Brandrick, Broadcast RF’s commercial director, explains: “Unprecedented times call for unprecedented ideas. When David confirmed that the [marathon] was on and not another event cancelled by the pandemic, I was very surprised. We knew it may not even be possible for the crew to travel and reassured them that we would only make safe decisions.

“We decided, after looking at all options, that the safest method was to attempt to do this job remotely. The plan was to build the set up so all that was needed for each rack of equipment in each location was power, an internet connection and the antennas to be plugged in. Once the equipment was rigged and lit with connectivity, we had complete control and monitoring of the hardware from our mini ROC in Dartford, UK.” 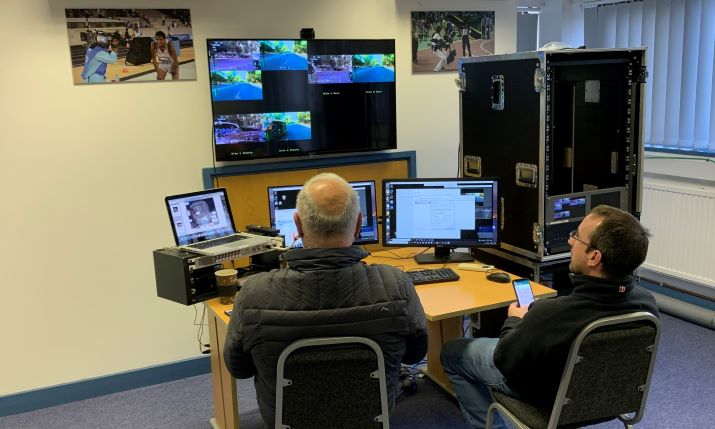 Broadcast RF’s mini ROC based in Dartford, UK, was utilised for the Delhi Half Marathon 2020, a World Athletics Gold Label Road Race

Brandrick says this was a complex RF project, particularly with all the knowledge and expertise for the set up in the UK unable to travel to India. He states: “We decided we had to engineer the entire job by remote control, sending the RF equipment to India and asking our client to employ some local rigging crew to assist us.

“The idea was that the local crew would rig the equipment, following our comprehensive written guides, and local internet provision was arranged to ensure we, in the UK, had connectivity to all the RF electronics, allowing us to take full control once all the equipment had been successfully installed.”

Premier goes on: “When Chris [Brandrick], Paul [Wolff] and the guys [at Broadcast RF] suggested we operate like this, I was very apprehensive and nervous. There was a lot riding on this; I had to provide hours of footage for the show with not a lot of backup fills for the broadcast.

“We went with what was probably our only option knowing it was a massive risk, but they nailed it as if they were here themselves. To see my bikes with almost 100% coverage on the 21 kilometre route was simply brilliant and I am so relieved.”

Broadcast RF wrote step-by-step installation guides, made ‘how to install’ video guides, colour-coded equipment, cables and flight cases, and generally made it as plug and play as possible.

It held online meetings with the local team, which was headed by Tushar Patil, who led the install team for Initium Productions, talking the group through the guides so they were on track to start the local install eight days before the transmission.

However, just two days before the scheduled commencement of the install, Broadcast RF discovered that the equipment was stuck in customs with an ETA on-site set for only four days before transmission.

Brandrick comments: “This cut the rigging schedule in half, but the local crew and the Broadcast RF crew in the UK did not let this affect the operation. We quickly upped our game, ensuring the local guys were even further briefed, so that when the equipment arrived they could hit the ground running. And they did! The equipment arrived the Wednesday before the race and by Friday we were sending the bikes out for their on-course tests prior to the live transmission on Sunday.”

Both the UK and Indian teams were still apprehensive about it all coming together on the day, but by the time the bikes had ridden the course twice in practice with close to 100% coverage, confidence in both teams grew.

Paul Wolff, Broadcast RF’s chief engineer for the Marathon, comments on the results: “I normally have some worry about my RF jobs just before they happen, but this was different. Yes, I had control of all the hardware via IP, but I didn’t have my normal team at each location, ready to react quickly to physical problems with the equipment or the rig.

“Everything just seemed to happen and after four hours on air, the race had finished and I realised that we got pretty much the same results from the wireless camera bikes as we would have if the Broadcast RF team had been on site. We were all pretty chuffed with our achievements with lots of virtual high-fiving going on. My thanks go to the local team in India, they were brilliant. Without them it simply wouldn’t have happened.”