Broadcast RF orchestrated a number of complex Remembrance Sunday events on 11 November this year, as well as handling numerous other events on the same weekend.

Preparations for the so-called “manic weekend” began more than a week before, in the workshops of the RF facilities for around a dozen different OB’s. 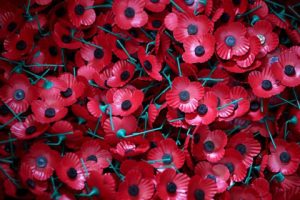 Over the course of that weekend, Broadcast RF had about 26 RF engineering crew deployed, as far afield as Scotland to the North and Antarctica to the South.

The BBC provides coverage of the Sunday morning Cenotaph Remembrance service, plus an evening transmission of the Westminster Abbey Armistice service. This is followed by a highlights show encompassing both events.

The host OB at the Cenotaph was provided by CTV Outside Broadcast, with NEP providing the remote OB at the Abbey. Looking at how Broadcast RF managed the Remembrance Sunday events alone, it provided the interconnecting links between the two OB’s, plus significant radio-camera facilities at and around the Cenotaph.

Commented Nick Fuller, technical project manager at Broadcast RF: “In terms of the overall production our part is relatively small, although very significant! Each of the two OB’s require about six technical vehicles, from the power generator to the main production vehicle, and associated specialist support vehicles.” 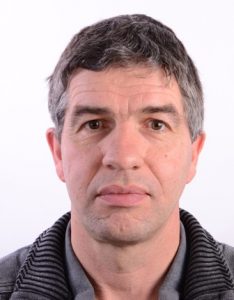 Broadcast RF provided the RF facilities for eight non-cabled cameras at the Cenotaph location: two on building roofs, providing wide-angle views of the event, including local landmarks, and a clear shot of the face of Big Ben to mark 11:00 hours; three in Whitehall (two handheld and a Steadicam) in and around the Cenotaph event; and three (plus one of the above Whitehall cameras,) working in Horse Guards Parade.

Said Fuller: “The BBC selected two different OB companies; CTV at the Cenotaph and NEP at Westminster Abbey, probably on the basis of previous experience with these locations and similar events. We regularly work with both these companies, providing them with RF camera facilities.”

However, Fuller added there are more than a few challenges to working with OB trucks at this type of event. He explained: “Time is a major factor. We can’t gain access for the fleet of OB trucks to park until virtually close of play on Friday, when everyone has gone home. So rigging time is severely limited. We then have to be ready on Saturday for full production rehearsals!

“Security is, understandably, extremely tight around these events. All crew require pre-accreditation, which is a logistical nightmare. And several of the buildings require an additional level of security and accreditation due to their sensitive nature. This means the plans and crewing need to be finalised well in advance of the event, to allow time for the accreditation procedure.”

Fuller added: “An additional challenge for this year, marking the 100 years of the Armistice, was the Westminster Abbey event. This additional OB required a radio-linked connection to the main Cenotaph OB, with the addition of a custom studio built near the Cenotaph, where both programmes were presented from.

“The diverse locations for the RF cameras presents its own challenge; we have to be able to “see” these cameras from their respective receive antenna positions. Horse Guards Parade is separated from Whitehall by tall buildings, meaning we have to deploy a dedicated receive set up for the Horse Guards cameras. This receive position then needs to link-back the camera pictures to the main OB in Whitehall. Plus all the usual camera control signals need to be transferred back over this link to reach the cameras. We deployed a bespoke bi-directional link for this, with purpose-built interfaces for the specific functions required.

All our equipment is pre-assembled and fully configured and tested in our workshops before it departs for the OB locations. That way, due to the limited rig time available, we can “hit the ground running”, knowing that the equipment at least is not going to cause us any on-site delays.”

Concluded Fuller on the Remembrance Day events: “After the last transmission we are required to affect a complete de-rig and remove all the equipment and vehicles from site, leaving it vacant for the usual activities on the next working day. Because the Sunday becomes a very long working day we have to operate a split-shift for many of the crew, another complication for an already complicated event.”

While the company was busy with Remembrance Day events, it also covered many sporting events live over the weekend. The company covered Rugby Union Autumn International Rugby, Wales (including Ref Cam), Scotland (including Ref Cam) and England (which was UHD and also included PicoMove). This coverage was: Scotland at Murrayfield Stadium for Telegenic with three 1080i50 handhelds plus Ref Cam, Wales at Principality Stadium for Telegenic with three 1080i50 handhelds, one 1080i50 Steadicam and Ref Cam, England at Twickenham Stadium for Arena with one handheld UHD, one Steadicam UHD and one 1080p50 handheld, and England at Twickenham Stadium for ACS with Pico Move.

Additionally, Broadcast RF covered in the same weekend the Rugby League Autumn International Rugby in Leeds for Telegenic with two 1080i50 handhelds, and one1080i50 Steadicam, plus the Scottish Premier League Football in Aberdeen for Telegenic with one 1080p50 Steadicam, and one HD Return Video Monitor. Also FA Cup Football for Telegenic at Port Vale with one 1080p50 handheld, Arena TV at Haringey and Chorley with two 1080i50 Steadicams and one 1080i50 handheld, and finally, Premier League Football for Arena TV with one handheld for Crystal Palace v Tottenham and two Steadicam and one handheld for Liverpool v Fulham.

All in all, a successful outcome for Broadcast RF’s “Manic weekend”.