Broadcasters are fighting back at OTT providers says Globecast

Globecast has stated that broadcasters have escalated their fight against Over The Top (OTT) providers in the last year, using partnerships with social media providers to increase their contact with and knowledge of the viewer.

Speaking at a recent Globecast media event in London, Philippe Bernard, CEO and chair at Globecast, stated: “Most of our customers have decided over the last year to invest in production companies to be on top of the value chain, as that’s where the value in the market is. There is also more and more investment in IT cyber security, as companies invest internally to protect those [content] assets, which costs a lot. Those are two big areas of investment – content and security – so people are having to outsource more and more.” 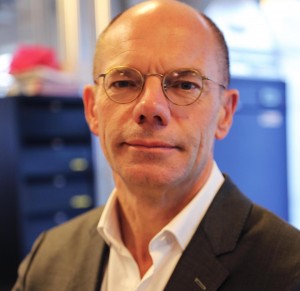 He added this is changing the market, and Globecast is helping its customers with that externalisation.

Juliet Walker, chief marketing officer at Globecast, reiterated Bernard’s statement: “When we talk to our customers, what’s interesting to see is the broadcasters fight back.” She said broadcasters are aiming, “to be more targeted and give competition to the OTTs”.

Meanwhile, Liz McParland, commercial director for contribution and global coordination at Globecast, said the company is busy in the sports arena. “There is still a really big drive for sports,” she commented. Looking at 2018 figures from Deloitte, she pointed to traditional TV viewing being down in the 18 to 24-year-old bracket by 10% to 15%, although live broadcast is continuing to thrive, up 2% from 2017.

“There is going to be around £24 billion in revenues in live broadcasting in 2018,” McParland noted. “It’s a really buoyant market.”

“Rights costs are going up, and broadcasters are trying to fight back to maximise their ROI,” said McParland. “Owners of content have a much closer dialogue with their viewers now via social media. Live events are almost evolving around social media now and it also gives you a lot of analytics, therefore potentially some interesting data for broadcasters.”

She said this data could include things such as if you are using a wrap around studio and various pundits at an event like the World Cup, you could find out who is watching and when, and whether those pundits are worth the money, or if people are just tuning in to watch the game.

She continued: “So much content has to come out now to feed all those platforms [TV, live, VoD, mobile], but you still need to keep the quality up, which is financially challenging. Particularly sport is a driver for high-quality coverage, using UHD, 4K, HDR and VR. That is where we’re trying to help the broadcasters, where we see this multiplicity in signals.”

Sport is a huge driver for technology take-up by consumers, she added, pointing to the massive rise in sales of HD TVs off the back of the 2006 World Cup which was produced entirely in HD.

To aid broadcasters, Globecast is pulling together a new Digital Media Hub, a catalogue of modular yet integrated virtual services that is digital native, rather than digital-first. “We’ve gone from thinking digital is a value-add to a must-have,” explained McParland. “It’s about thinking about digital at the same time in order to make your workflow simpler.”

The workflow will run from contribution to the Digital Media Hub, out to delivery. McParland said it is time to think about digital platforms from the beginning of the workflow, rather than as an addition. “We’re at that point where you need to ask what can we do at the origin, the source of this content, thinking about the workflow, [to make the delivery to multiple platforms easier]? How can we make this content ready to deliver sooner? Think about it from the beginning.”

Speaking about the differences between developing countries and developed, Walker noted that the mobile phone is the main screen for those in developing countries, and with little money to spare users are topping up their phones several times a day in small increments and will use their phones to pay to see a sports clip, or a specific sporting event, but they do not subscribe to channels outright. This requires a different business approach when compared to developed countries.

On the role of telcos and mobile network operators in the realm of sports broadcast, when asked if the likes of BT, with BT Sport and mobile operator EE under the same umbrella, will remain unique, Walker said yes. “It depends on the operators. Big guys potentially yes [to creating their own content]. Smaller guys are really reluctant, especially in emerging markets; they don’t have the skillset and the knowledge. They want to keep their customers and grow ARPUs, but they don’t necessarily feel able to [make their own content]. A lot of CAPEX is involved to do it themselves, so they will probably outsource. I think [we’ll see telcos and many mobile operators] doing more partnership models [than generating their own content].”