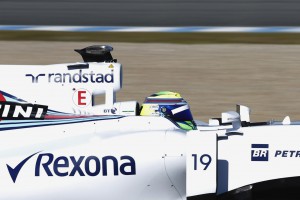 As a result of the deal, the Williams Martini Racing team will use BT’s high performance network services globally, facilitating secure and high-speed communication as well as effective collaboration. The team’s fixed and mobile voice needs will be brought together by BT into a single service, hosted in the cloud and delivered globally on a wide range of devices.

BT will also be bringing its suite of technologies and consulting services to Williams’ Advanced Engineering division that takes Formula One derived technology and knowhow into the automotive, motorsport, energy, civil aerospace and defence sectors.

The two organisations worked together on an innovative pilot scheme towards the end of the 2014 season, which demonstrated some of the competitive benefits that could be achieved with higher performance network services for Williams. Those benefits included improved car performance due to additional strategic capability, quicker pitstop practice and race video analysis, improved performance and reliability of demanding big data computing processes, including applications relying on video, telemetry and voice.  The deal signed in principle is subject to final agreement.

Gavin Patterson, chief executive, BT, said: “It’s really exciting to be joining forces with Williams. They are one of the most successful and well known Formula One teams in the world. Both BT and Williams have an illustrious history of competing successfully at the top with cutting edge technology. This is the beginning of a real partnership with two great British brands determined to win as a team on the world stage.”

Sir Frank Williams, team principal, Williams Martini Racing, said: “Williams and BT share a number of synergies that have been the driver for establishing a formal partnership. We rely on technology innovation to stay ahead of the competition, have a love of data, are quintessentially British but with a global perspective, and place a premium on strong communication for business success. BT excel in these areas and with their products powering our communications and data networks, we are well placed to make important strategic decisions in a faster and more collaborative way. An independent team like Williams relies on creating a stable of loyal partners to go racing and in BT we have a new high profile addition who we look forward to working with in the years ahead.”